Since it seems to me that there isn't a thread for Basque resources, I've created one. If there is one, the forum moderator is free to move my thread into the already existing one.

I think I've found one of the most exhaustive Basque grammar here:

Yep, that's the most exhaustive Basque grammar in existence. And it doesn't even say a damn thing about pitch-accent or stress!

This is the best course for learning Basque:

The main page is only in Basque and Spanish, but the course is in English or Spanish. The website has several languages for the interface (French, Catalan, Croatian, Greek, Bulgarian, Romanian, and Basque) but it seems if you choose anything other than Spanish or English, the actual course material is in Spanish, with just the interface in the language you choose.

The site asks for a Spanish ID number of some kind, but just use 12345678A like the example, unless you have an actual ID, and that works fine. Every once in awhile the site says the information I've entered is wrong, but it doesn't say what, so I don't know why it says that. I just change a letter or something and submit and it's fine. So obviously they don't actually check to make sure it's a valid Spanish ID.

It has some typos, and sometimes you'll find a common word in one language that doesn't show up in the reverse search, but overall it's really good with a lot of examples.

Here's a pretty good picture dictionary, if you like that sort of thing:

And here's an adequate Spanish<>Basque dictionary:

Here's a large news site with live radio and on-demand video with some shows in Basque. No subtitles/closed captions though, unfortunately:

And here's a pretty good course in French of the Souletin dialect, with a small dictionary and some grammar reference sheets:

Thank you Lowena for the links you posted!

I already know the site http://www.hiru.com/e-ikasi/idiomas/ikasten. I didn't know the others.
I really like the Basque language! I'm learning the basics now.
Thank you!
Top

It would be great to have more serious learners of it here. Hopefully you find some of those links useful!

There's also Gorka's course (in Spanish, though i think there's an English version, too). There're quite a few typos, though, which can sometimes be confusing when you don't know which word is correct.
http://www.aprendereuskera.com/Curso_de ... a_2009.pdf

It covers a lot, but it's crammed together and can be a bit overwhelming. It'd be nice to go through sometime and fix the typos/formatting.
Guk euskaraz, zuk zergatik ez?
Top

Btw, is there a site that will show me what form a verb is in? Like if i type in "zioten" it will show nor-nori-nork in the past? I have a chart but a website that could do that would be really nice

crush wrote:Btw, is there a site that will show me what form a verb is in? Like if i type in "zioten" it will show nor-nori-nork in the past? I have a chart but a website that could do that would be really nice

Have never heard of such a thing. The best I can say is to learn the base patterns, then if you come across a form you don't know, at least you'll know what part of the chart to look at.
Native:

crush wrote:
Btw, is there a site that will show me what form a verb is in? Like if i type in "zioten" it will show nor-nori-nork in the past? I have a chart but a website that could do that would be really nice

Well, there is an (obvious) poor man's solution: you can just use one of those gigantic pdf files that list all the declension tables... and run a word search for the sought form.
Top

I've been looking for something like that for ages! I found one pretty comprehensive one, but it's just got the patterns. It also doesn't show things like "dit" vs "didazu", it just shows "t". I feel like i saw a couple typos, but i could've just been looking at the wrong part... I got it off a Spanish Basque website, but i think it's the same one no one of the Wikipedia pages. Do you know where there's a huge chart with all the forms? That would be quicker than a website, too

Well, I just did some reverse engineerig (fed google with pdf+zenizkidaten+nintzaizun) and found this one....

Kaixo everybody!
Has anybody tried already the Assimil book+cd method?
Euskarrik asko.
Top

I've used the Assimil course (Iniciación al euskera). The course is much harder than the other Assimil courses i've done, i spent a lot more time analyzing each new lesson and felt some things weren't explained that well, but i think it's a good course and worth going through. The main issue is that it's really too short. If it had been a regular-sized course it'd be great, it just doesn't cover enough. I'd love to see a new Basque course from Assimil.
Guk euskaraz, zuk zergatik ez?
Top

Thanks Crush!
I recently got it as a present but didn't put it to test yet. I am absolutely 0 in Basque, I hope the "iniciación" concept would prove to be accomplished...

I was basically at 0 when i started it, too, though i read through Gorka's course at the same time. I found it hard (frustratingly hard, at times), but when i finally finished a lesson it felt great, at least until it was time to start the next "ikasgaia". It's definitely a good starting point, i only wish it were more comprehensive. I hope you enjoy it! If you have questions about anything as you go through it, feel free to ask here. I might not know the answer, but someone here (likely arabarra or Lauren) probably will.
Guk euskaraz, zuk zergatik ez?
Top 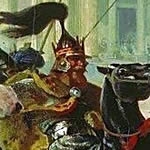 Does anyone have a new link to the grammar linked in the first post? It seems to have expired.
2 Timothy 3:5
Top

There's a Basque language learning pack torrent floating around that has the book. If you can't find it i can upload the book and PM you a link.
Guk euskaraz, zuk zergatik ez?
Top

Thanks! The Basque course there seems like it's the precursor to his "The Basque Language: A Practical Introduction", though it seems to have a bit more notes on dialectical differences, at least in the first couple chapters that i scanned through. The formatting of "The Basque Language" is a bit more attractive to me, but here you get phonetic transcriptions including stress marks which might help since as far as i know there aren't any recordings for the dialogs/stories. It's great that this is available