"Modern Nahuatl" is a very general term. Several dialects and variants form what we now know as modern Nahuatl. I would say that Modern Nahuatl from Mexico City, Hidalgo and Puebla are quite similar to classical Nahuatl, yes. A lot more simple, as one would expect.
Si la vida te da la espalda, agárrale las nalgas.
Top 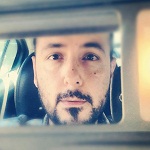 Cause I'd probably say something like "Iconetzin Rodrigo" for "Rodrigo's son", but I don't see how that would make a good family name haha You usually don't translate names, so I really don't know, sorry
Si la vida te da la espalda, agárrale las nalgas.
Top

Hello from Russia. Thank you so much for providing this course, you can't imagine the joy people like me feel when they come across this forum after years of searching. The Russian segment is incredibly poor in information about Nahuatl and your lessons... I have been interested in this language since 2018, but only now decided to do something serious. You may not be able to read this, but I thank you sincerely.
(Sorry for my clumsy English, ahah