Babelfish wrote:Look, it just bothers me that your wording is very similar to that used by fanatical enemies of Israel, which I don't think you are.

I don't think so, since those people tend to not frame things in terms of human rights (since they know they don't respect their own peoples') but "liberation" and "colonialism" and "Zionist aggression". Though I have to admit that out of context:

Babelfish wrote:I think you're exaggerating Israel's effect by much. The only effect it can have for the vast majority of the Muslim world is by serving as an excuse, as you said - and the recent upheavals in Arab countries show that even this isn't working very well any more.

In Palestine it's not just an "excuse", because they're living with its consequences every day. Who wants to live in a region cut up by foreign checkpoints and settlements?

But Islamic extremism wouldn't be "toast" without an external enemy in the form of Israel, they'd just make up another one, or rather -

You're right, that was hyperbolic of me. I do still think that Israel and the West are creally contributing to it, though.

I think the US is more culpable for the situation than Israel is.

mōdgethanc wrote:Though I have to admit that out of context:

Well, I think I'd unite both Koreas, although it would be pretty hard for the 17 million North Koreans to living in a democratic country.

I would let Scotland, Wales and Northern Ireland become sovereign nations, and I guess I would do the same with Galicia, Basque Country and Catalonia while I'd be at it.

I think these changes would be enough to stir up some trouble in the world.
Top

Prowler wrote:and I guess I would do the same with Galicia, Basque Country and Catalonia while I'd be at it.

Oh yes! What a great thread idea is this

1) SRK!! I take control of North Korea forming the Socialist Republic of Kokorea (or Co-Korea). I correct all the wrong Kim Jung-Un has done and fix all relations of countries with former North Korea. I negotiate the reunification of the Koreas, forming the United Socialist Kokoreas, or better known as Kokorea

2) With such good relations, I have a strong influence on foreign affairs (like, countries come to me for help). So, Spain and Catalonia end up coming to me and I declare Catalonia be an independent country.

3) I argue in favour of the formal recognition of Taiwan as an autonomous country, and this encourages others to recognize Taiwan as an independent nation. The yay's outnumber the nay's and yay! Taiwan is officially independent.

There's no reason for these; just because.
Top

I think Orwell's Oceania, Eastasia and Eurasia was a good call.

Anyway I would unite Africa, except for the northern Arab countries which I would unite with all Arabic speaking places. So we would have Africa and Arabia with capitals in Timbuktu and Mekka.

In Europe I would pretty much make it the way it was before wwI. No need for that many countries.

In Asia I would make one big Turkestan, India, Persia, China and Japan.

Anyway its 3.am here, goTta go to sleep.
Top

This is a bit like playing Civilization without the vagaries of combat or culture, haha.

i) lazy way: redraw the map on as if we were in Risk. Eliminate the two biggest troublemakers in the world today by fragmenting Russia and the USA.

Recently I met a girl who grew up in Guangzhou but uses traditional characters. I wonder how common this is.
Ein Buch muß die Axt sein für das gefrorene Meer in uns. - Kafka
Top

North Africa is integrated into the E.U.

I rather suggest :North Africa is integrated into the USA.
Top

Considering the thread's title, why not actually draw them on blank maps?
Top

- Create federations of Micronesia*, Melanesia, and Polynesia. They have populations of 500k, 14mil, and 7mil respectively, so that would make for some nicely sized Pacific polities instead of the incoherent mess we currently have. 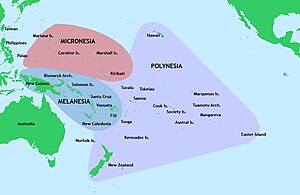 - Amendment to the North American Federation proposal: first break up the United States, then create the federation. This map could be used as a starting point for discussion: I can't help but notice that many older people still believe a country called Czechoslovakia exists. Speaking of which, the breakup was rather amiable, wasn't it?
Top

Prowler wrote:I can't help but notice that many older people still believe a country called Czechoslovakia exists. Speaking of which, the breakup was rather amiable, wasn't it?

So Mongolia can become a Han-majority state?

It should be a federation with strong safeguards against the tyranny of the majority. I think this is a must wherever there are significant ethnic minorities present.
Ein Buch muß die Axt sein für das gefrorene Meer in uns. - Kafka
Top
Post Reply
184 posts