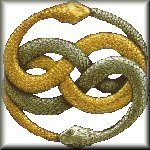 I've seen a similar topic in the Esperanto forum, so I'd like to ask... it would be possible to raise a child in latin, (or ancient Greek, yes, I know I am obsessed with that but these two are inseparable for me...) I, as a future classicist (I hope) and an increasing interest on speaking "death" languages, I'll try to pass on the languages which I am in LOVE with.

In practice, the child might reject it at some point if she or he can't use it to speak to people.
Geurea dena lapurtzen uzteagatik, geure izaerari uko egiteagatik.
Top

You could, in theory.

The problem is that the child would likely drop it. People are normally lazy (

) and your kid would probably soon realise that nobody else spoke Latin with them, so they would start to slack off on it once they started school or had the opportunity to interact with a lot of people. He or she would start trying to use English (or another language) with you instead, especially once they knew you could understand and speak it just fine. You would also have to make an effort to use Latin at all times when speaking with the child, even if you were tired, even if you were trying to convey something quickly, etc. and even then there's a chance that at some point your kid would just give up.
Top

I suppose a comparable situation to that is an immigrants' child, if the parents have no community of same-language speakers around, and at home they speak only their native language with their child. The child would then grow up to be bilingual, I guess, but may lose proficiency in his mother tongue over time if he uses it with no one but his parents. You'd really need to make a great effort (if it's not your own native language as well); I see how in Israel, children of Russian immigrants generally keep their Russian and speak it freely with other Russian speakers, while those of Ethiopian ones seem to become less proficient in Amharic (apparently Russians here have a high esteem of their language and culture while Ethiopians, sadly, have less).
Native languages:

If it's the only thing spoken at home (by you and your spouse) the kid won't have much of a choice; he'll learn to speak Latin.

A Russian-speaking friend of mine told me that when he was a kid he didn't always want to speak Russian because no one else did, but when he was at home his parents would ignore him when he tried to use English, even though they understood him. He speaks Russian fluently now.

Compare this to my grandmother's attempts at speaking French with her children: My grandmother spoke French with my aunt (their first child), but my grandfather didn't speak it and spoke English with her. Eventually my aunt decided she would only speak English, and when my grandmother tried to get her to speak French she would run to my grandfather and get what she wanted that way. They couldn't enforce any sort of French-only because my grandfather needed to speak English, so my aunt eventually stopped speaking it and the younger children followed suit.


Alternately, have twins and expound the virtues of secret twin languages every chance you get (in Latin, of course

Learn all the dead languages!
Top

Well I was told that a friend of mine's cousin, who was six, spoke perfect french (despite living in Spain) because her mother would only speak French to her. Everybody else speaks Spanish to her and she understands it and uses it with, but not with her grandma.

Anyway, I'd like to see a child speaking Latin, it would be cool.
Top

anothermoron wrote:If it's the only thing spoken at home (by you and your spouse) the kid won't have much of a choice; he'll learn to speak Latin.

But once she figures out that Mummy and Daddy speak the local vernacular (and she will pretty early on, unless they have a wide circle of Latin-speaking friends and insist on translators when they go out), she's likely to reject speaking it.

Immigrant languages seem to have the best chance of surviving when (a) there's a whole community that speaks it (like the Russians in Israel) and (b) some of these speakers are monolingual. In many case, (b) is represented by a grandparent who lives in the home (or quite nearby) and is incapable of or unwilling to speak the local language. You can't get the same kind of reinforcement with a dead language like Latin or with a conlang. (Esperanto constitutes something of an exception, since Esperantists frequently socialise with each other and may have no other common language.)
"Richmond is a real scholar; Owen just learns languages because he can't bear not to know what other people are saying."--Margaret Lattimore on her two sons
Top

If you had them tutored in Latin literature/poetry/history then I am sure that they could stay proficient in Latin. But the parents would have to speak both Latin and the local language (English) at home like all other bilingual families. Otherwise the child will be socially isolated and way behind when they start school. I have heard of a couple (in Kentucky I think) that speaks Latin when in each other's company. They are the people who wrote Green Eggs and Ham in Latin Viret Ova Viret Perna
Top

This discussion reminds me of "Sanskrit villages" in India, where there seem to be signs of (Classical) Sanskrit being "revived." (Although technically, no one ever spoke Classical Sanskrit to begin with; it started out as a literary language). Apparently, there are a few villages in India where people speak Classical Sanskrit; in at least one of them, everyone speaks Sanskrit, even Muslim kids and such. (I also remember reading that in at least one case, the village made a conscious decision to promote Sanskrit in the hopes that this would somehow improve the status of the village as a whole). One Sanskrit village is Jhiri in Madhya Pradesh.

Here's a report about Jhiri from an Indian TV news show. (Sorry for the bad quality of the recording). Note that in this clip, the reporters keep asking the villagers questions in Hindi, yet the villagers always respond in Sanskrit:
http://www.youtube.com/watch?v=lHLIy-WHDew
Top

So the Irish have no more excuses on not reviving Irish to the fullest
ᖽᔦᐡᖹᒉᔪ, ᖱᑊᖿᖾᒳᖷ᙮
That's it, the end.
Eso es todo, fin.
Tio estas tio, jen fino.
Top

It would've been nice if at least one person in the world had Latin as mother's tongue.

Latin is an active language and they make new words when it's needed. It's just no people that have it as their mother's tongue and that's sad. Latin is such a nice language.
Top
Post Reply
14 posts • Page 1 of 1