Hey, I thought we could have a general discussion about conlanging in general. For minor questions, findings, milestones etc.

I started Calean a long time ago (relative to my age), and I had quite a few before then that I couldn't really manage to stick to. However, just two days ago I found my notes for three or four years ago on two hypothetical conlangs supposedly in the same language family as Calean! It's really fun to compare the three languages now, and I'm thinking on focusing a little on them, as well

Do you prefer complexity for unambiguoty's sake or are you a minimalistics fan and why?
In other words when you think of a new thing to express in your conlang which cant be said currently, do you add new particles/cases/tenses/prepositions/adverbs etc or do you just add a few words and rely on the context, word order and intonation?
I personally prefer the former since it gives more freedom and more flexible word order.
useful links:
htlal - http://how-to-learn-any-language.com/forum/
wordreference - http://forum.wordreference.com/
Top

I've developed an extensive set of affixes in order to create a basis for as many non-complex words as possible. However, I will try to keep things separated and not pull a Mandarin on my language.

I prefer relatively simplistic, but still very intricate at the same time. 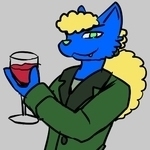 имен wrote:Do you prefer complexity for unambiguoty's sake or are you a minimalistics fan and why?
In other words when you think of a new thing to express in your conlang which cant be said currently, do you add new particles/cases/tenses/prepositions/adverbs etc or do you just add a few words and rely on the context, word order and intonation?
I personally prefer the former since it gives more freedom and more flexible word order.

Well I never stick to a conlang for a long time; like Aleco, I had numerous conlangs too, that I just ended up quitting. But it depends on my mood. I've tried both minimalistic and overly complex. Minimalistic does seem too much like Mandarin sometimes, but on the other hand if I make it too complex, even I make mistakes when adding new components to the language (by forgetting previously set rules) or I can't learn it. So basically balance is key. If it's extremely difficult in one area, make it painstakingly simple in another to make up for that.
Top

Aleco wrote:I've developed an extensive set of affixes in order to create a basis for as many non-complex words as possible. However, I will try to keep things separated and not pull a Mandarin on my language.

I like this phrase, and since I'm studying Mandarin I should know, but what do you mean by this exactly?
Top

Mandarin is very dependent on context, and asking a native Mandarin speaker what a word means without any complementing information (e.g. some context) is not an easy task.

I've experienced this myself so many times between me and my teacher, and me and my former exchange student. And for the record, I wrote it down in pinyin after trying to pronounce it a couple of times, and it was still complicated because he or she would need to drag out as many possible meanings of one sound as possible, which there aren't exactly few of

What I mean is that I would like for my conlang's words to be as unique as possible, which I'm doing with quite a few sounds, as well as long and short versions of those.

(And welcome, by the way!

I will always strive to be as unambiguous as possible in my conlangs, furthermore very redundant as well (although I will not require a separate word as a subject unless I have to), unless it is funny:

once upon a time in my imagination wrote:This language conjugates for masculine/feminine gender in the object on verbs, but only in the future tense. Also there is no number.

However, if I'm allowed to go the whole hog, I'll never hesitate to do so. See here my ridiculously extensive and unfinished system for conjugating verbs in my latest and greatest conlang:

(not gonna bore you with a phoneme inventory, and by the way I'm adding two more tenses, one more aspect, and at least one more voice)

do you actually manage to remember all of this? while i also like redundancy and 'a seperate suffix for everything' thing it's much more important for me to be able to recall everything instantly so i dont have to constantly be looking at conjugation tables
useful links:
htlal - http://how-to-learn-any-language.com/forum/
wordreference - http://forum.wordreference.com/
Top

Yeah, this is all keyed very much to my synæsthetic memory. Each of these endings is particularly easy to remember because that's the sort of thing it naturally evokes to me. I'm flexible, though.
A footprint in the sand.
Top

Also, I think this thread should be sticky.

I had a bad grammar version that would fit more with the original meme which would be:
VRIOR MO ON | ANA ADEGU UŠNI?

The correct order using "on" rather than the "-yon" suffix would be:
VRIOR MO ANA ADEGU ON UŠNI?

Oh well. Amused me for 5 minutes.

How about songs? I occasionally translate Disney songs either entirely or partially in Calean. It challenges rhyming and untraditional word order.

Well, I've made that song translation that's in the "Text Translations" thread. In general though, I'm avoiding songs. I've been working on translating "The North Wind and the Sun" for about a week now. What songs have you translated, Aleco?
N'hésite pas à corriger mes erreurs.
Top

Ah, that one. We read it too much for school, so now I can't stand that story.

Actually, I lost my notes since I only recently started having everything on my computer. The only ones I have are to quick and short ones I did (none of which are Disney actually):
Here I Am ("Spirit" version) by Bryan Adams
Kõigile/Ikvienam no mums, which is that Coke song from Estonia/Latvia.

I like having my notes on my computer. I'm changing things so often that I'd never be able to keep written notes straight.

Wow, I haven't heard "Here I Am" in years. I'd even forgotten its connection to "Spirit".
N'hésite pas à corriger mes erreurs.
Top

Do you just do these in Photoshop, or is there some website that lets you put in the text?
N'hésite pas à corriger mes erreurs.
Top