welcome everyone to this haitian creole language forum, i will teach you the basics of creole and i promise to teach you everything i know.

(i am not a fluent speaker of creole, but i will promise my best) 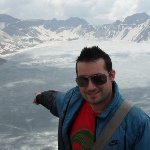 I am interested, I've always been curious about haitian creole. Being french-based, I can understand some of it. I always smile when I see the orthography of words in creole, you can see the french word behind it but it's spelled exactly as pronounced by an haitian, my favorite is diksyonè.

great to see some responses

the course will begin on monday of this coming week
Top

in haitian creole, the alphabet is the same as french or spanish, except for the special vowels and consonant ç, ë, â, ...etc,
however, the accented vowels like è and ò are used, like in the word bèf = cow and dòmi = to sleep.
haitian creole, also has the nasal french sound when encountering an n in the middle and end of a word. certain letter combinations make a sound, ny = ñ in anyen.
creole also uses the glutteral french r.
in creole, words are written exactly as they are pronounced, just as many creoles do, therefore the french word bonsoir would be written bonswa (note - where in french the r is not pronounced, like in the word bonsoir, in creole it is not written nor pronounced, like in bonswa and bonjou)

Shouldn't it be "kreyòl ayisyen"?
Top

Stan wrote:Shouldn't it be "kreyòl ayisyen"?

hey this would help me to finally understand carimi! ayiti bang bang!

probably today i will be able to use the internet after 4 days without phoneline. i have a lesson prepared already.

thank you for your patience, toksave
mesi bokou.
Top

definite and indefinite article
in creole the articles are as follows

in creole, when a noun ends with any consonant except "n" or "m" the word "la" is placed after the noun.
example: chat la (the cat), kay la (the house), tab la (the table)

when a noun ends with a vowel, the word "a" is used after the noun.
example: ri a (the street), radyo a (the radio), biwo a (the desk)

when a noun ends with "n", you place "an" after the noun.
example: chen an (the dog), vwazen an (the neighbore), ban an (the wrench)

when a noun ends with "nt", you place "lan" after the noun.
example: mont lan (the watch), vant lan (the belly)

* to make a noun plural within the definite article, just add "yo" after the noun.*
chen an = the dog
chen yo = the dogs

in creole when a word ends in "oun", place "youn" before the noun.
example: youn moun (a man/person), youn timoun (a child)

for everything else, just put "yon" before the noun.
example: yon let (a letter), yon chen (a dog), yon dam (a lady)

* to make a noun plural within the indefinite article, just put "kèk" before the noun.*
yon chen = a dog
kèk chen = some dogs
Top

It's really exciting to see a creole language up! Keep up the good work.
Top

Here is definitely another one interested!! I know very very little about Haitian Creole. Haha, actually I should say none. But it is on my heart to learn it. I should be getting the book, Haitian Creole Made Easy by Wally R. Turnbull and pronunciation cd's for the holidays!

I don't know if any of you have heard of it. It appears to be a really neat basic book of Haitian Creole.

Thank you toksave and everyone else! This is awesome!

I also just signed up at unilang.org today.
Top

Keep up the good work!:wink:

As for me, looks like I have alot of memorization to do.

"yo" is also the pluarl marker
ex: chen = dog
chen yo = dogs

*possesive pronouns are made by adding the pronoun after the noun*

I've always wanted to study a creole language, and Haitian is the one I like the most.
That which I can gain from another soul is never instruction, but only provocation. Ralph W. Emerson

Haitian, a creole deriving from French, has a reputation as being rather linguistically exotic when compared to French and the other Romance languages; and it lives up to this reputation with its copula system. It has three forms of the copula: se, ye, and the zero copula, no word at all, (whose position we will indicate with a placeholder "_", just for purposes of illustration).

Although no textual record exists of Haitian at its earliest stages of development from French, se is obviously derived from French c'est (IPA [sε]), which is the normal French contraction of ce (it) and the copula est (third-person singular of the present indicative of the verb être, ultimately from SVM).

The derivation of ye is less obvious; but we can assume that the French source was il est ("he/it is"), which, in rapidly spoken French, is very commonly pronounced as y est (IPA [jε]).

The use of a zero copula is unknown in French, and it is thought to be an innovation from the early days when Haitian was first developing as a Romance-based pidgin. Coincidentally, Latin also sometimes used a zero copula.

There appears to be no trace of STO.

Which of se/ye/_ is used in any given copula clause depends on complex syntactic factors that we can superficially summarize in these four rules:

First: Use _ (i.e., no word at all) in declarative sentences where the complement is an adjective phrase, prepositional phrase, or adverb phrase:

Second: Use se when the complement is a noun phrase. But note that whereas other verbs come *after* any tense/mood/aspect particles (like pa to mark negation, or te to explicitly mark past tense, or ap to mark progressive aspect), se comes *before* any such particles:

Third: Use se where English or French have a "dummy-it" subject:

And finally: use the other copula form, ye, in situations where the sentence's syntax leaves the copula at the end of a phrase:

The above is, however, only a superficial analysis. For more details on the syntactic conditions as well as on Haitian-specific copula constructions such as se kouri m ap kouri (It's run I progressive run; "I'm really running!"), see the grammar sketch in Catherine Howe's Haitian Creole Newspaper Reader (which is the source for most of the Haitian data in this article), and see also Valdman & Philippe's textbook Ann Pale Kreyol: An Introductory Course in Haitian Creole.

That which I can gain from another soul is never instruction, but only provocation. Ralph W. Emerson

Welcome Hefestos! I am very excited to see a new member!:D Thank you for joining!

where can I find a pronunciation guide?
Top

Stan,
The book that I should be receiving Thursday should have a pronunciation key. If it does I will make sure and type it up here.

But, I will be traveling so I'm not exactly sure when I will have access to a computer.
Top

"their" (along with they and them)= yo


thank you all for joining this forum mèsi boukou
according to an actual creole speaker here in miami, and his rating on my lessons, everything seemed to be correct, however, i've realized that "nou" is also the you(plural). it is easier for me to do this forum because of the access to speakers of haitian creole. hbheather, yes you are correct.