I'm reading a novel by Yoel Hoffmann (an Israeli writer of Austro-Hungarian origin) in English translation and at one point he takes advantage of the chance resemblance between German komm and Arabic فم qum. An Ashkenazic boy raised bilingually in Hebrew and German is found wandering by a Bedouin and given a bed for the night. When the old man wakes him the next morning, he says فم ("Get up!"), which the child hears as Komm! ("Come!") and thinks at first it's his German-speaking uncle.
"Richmond is a real scholar; Owen just learns languages because he can't bear not to know what other people are saying."--Margaret Lattimore on her two sons
Top

Idk it helps me remember them. 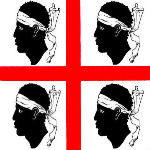 atropellar (to run over, to trample, to injury, to insult)

This one made me laugh way too hard:

Of course, the Finnish term is just "theoretical" since hats made of shit are obviously not a thing (or at least not really a thing, although I wouldn't be all that surprised if someone has made one), and the pronunciation isn't even that close, but in writing...

No, it can't be! Because it's such a clean, well-decorated hotel:

Kaikki ruumiit on koristettu. All the corpses have been decorated.
Top

Reading that, for some reason I immediately imagined a bunch of those American police hats with four tiny legs running around in circles, stained with shit and dropping small turds in their wake... that'd be a pretty confusing thing to see.

Linguaphile wrote:No, it can't be! Because it's such a clean, well-decorated hotel:

Kaikki ruumiit on koristettu. All the corpses have been decorated.

Tomorrow I'm going to Tallinn for two days with my dad so I tried to look up some simple phrases in Estonian, but the false friends have convinced me that it's better for me to just use English there because I'd literally die laughing even just trying to say "thanks"...

ai, täh? - huh, what? (or whatever; not very natural to me (but "ai mitä?" is), but probably is for some, and it's exactly how the Estonian term sounds)

EDIT: Even though nobody cares, I don't want to lie so I'll edit this post to mention that because I barely slept last night and had a massive panic attack, I ended up not being able to go. My dad will probably never even talk to me ever again. I had a horrible "premonition" that the ship will sink, and I'm still afraid of that, so I'll text my dad to ask if he got there safely later today... but he probably won't respond, so...

a tuna - to thunder, speak thunderously

I just found that interesting because the languages are both native to Bolivia, but unrelated. (And neither language uses the word "mouth" or "tongue" to mean "language", so it seems to be a coincidence rather than a borrowing.) The words certainly aren't exactly the same but the similarity (similar sounds together with loosely related meanings) made me kind of pause when I saw the Besiro word, wondering if there could be a connection. I'm pretty sure there isn't.
Top

Coca-cola
Seems like a marketing opportunity (albeit a small one, what with less than 90,000 Võro speakers)

I would love to see a soda with that name though.
(It's actually composed of kokko "together" and kõla "sound, resonance".)
Top