Hi all, I'm looking for foreign film recommendations. I'm going to be teaching a Grade 11 English course (so, the students will be 16-17), and I'd like to show them one or two foreign films. They could be films in English but produced outside of North America or England, or they could be films in a foreign language with subtitles. I'm looking for films about 1 hour or so long, and preferably something more artistic or film noir style: something that could then be analyzed thematically.

(Before anyone says "just Google it", the obvious answer is that I could, but I'd have no way of telling which ones might be good or not unless I watch them all.)
N:

Most that come to mind for me right now are either not appropriate for a high school class or have themes relating to war.
So the ones I think would probably for appropriate:

La jetée - this one is only about 33 minutes long

If anime is an option:
Grave of the Fireflies.
Howl's Moving Castle, or another film by Hayao Miyazaki
Top

There is a Bengali movie called Teen Kanya, but it's actually three movies released together, and each one is about an hour long. Similarly, there are two movies called Kapurush and Mahapurush, sometimes released together, sometimes released separately. Each of these is about an hour long and directed by Satyajit Ray; like most of his movies, all of these are art movies. There is also a Senegalese movie in Wolof called Mandabi that's almost an hour and a half long.

For non-film noir/non-artistic movies: Among documentaries, I recommend some of those in the "Why Democracy?" series, such as Dinner with the President (Pakistan) or Please Vote for Me (China), both of which are a little less than a minute long. Among romantic comedies, there is obviously Amelie, but I can also recommend the South African movie White Wedding.

My personal favorite out of all of these is Postmaster, the first movie in Teen Kanya.

My brain will now spend some weeks with Micheal Jackson singing "just Google it" to the tune of "just beat it".
2017 est l'année du

My brain will now spend some weeks with Micheal Jackson singing "just Google it" to the tune of "just beat it".

I smell a parody video!
N:

It's basically Irish Django Unchained. Fair amount of Irish spoken in it, if you're looking for something languagey.
Top 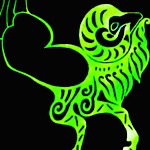 Idi I Smotri (Come And See), if you’re in the mood for something... realistic in several different ways. It’s a Soviet-era film about the partisans in Belarus during the Second World War.

It’s a piece of art that I’d recommend over most “historical” films.
Top
Post Reply
8 posts • Page 1 of 1