I'm new here, could these be added

Are you actually going to use any of these codes once they're added?
"Richmond is a real scholar; Owen just learns languages because he can't bear not to know what other people are saying."--Margaret Lattimore on her two sons
Top

linguoboy wrote:Are you actually going to use any of these codes once they're added?

I don't know what's going on with that post. It has been posted multiple times, but the user always has two posts in the forum. Not sure if it's getting deleted and re-posted or if the user is deleting it themself and re-posting to make it show up as new. It's very similar to this post by a deleted user, which was apparently edited 156 (?!) times before the account was deleted. The one above has already been edited once since Linguoboy's reply. (For the previous times that it was posted, the number of edits weren't visible because there hadn't yet been any replies.) So I suspect something weird is going on.
If it's legit, I'd suggest making other posts in this forum using these languages even though there is not yet a code for them. You can make a custom flag using the "ownflag" tag, or just skip the flags when you post. I made custom flags for some of the languages I was studying, for a couple of years on this forum before flags were created for them. We're glad to have new members, post about what's interesting to you and the languages you are studying. The flags aren't necessary for this. If there's a need, they'll be added eventually, but there aren't many people here who are able to do that so it may take some time (and it's probably less likely to happen if there are no posts yet involving those languages, because it will seem like a very low priority if it doesn't appear that they would be used much).
Top

Of the languages listed in a one of the previous iterations of this recurring post, the only one I've used with any regularity was Mobilian Jargon, which I used to include on posts in the Translations subforum. However, there's no flag associated with the language so I don't see much utility to having a tag. Those mass translation posts have become rarer with time and sometimes the OP asks folks not to use flags anyway and just write out the language names.
"Richmond is a real scholar; Owen just learns languages because he can't bear not to know what other people are saying."--Margaret Lattimore on her two sons
Top

Woods wrote:Can we add also "Tâi-gí" in the name as I had written it - since it was written with Latin characters for a long time and there still isn't a standard, so it could nowadays be written both in Latin script or with Hànzì:

However, for reasons I don't understand, UniLang's official Language List uses "myn-" plus the official ISO code in capital letters for all Mayan languages, for example myn-YUA for Yucatec Maya. To keep it in line with the other Mayan languages, the Classic Maya code would be "myn-EMY".

Linguaphile wrote:There are quite a few languages in the Language List for which the flags appear to be "broken". I noticed this when I tried to put in the flag code for Aramaic:

In the language list, it appears as a white box with a gray question mark inside, instead of a flag.
There are multiple languages that have this symbol in place of flags:

I don't know how long they have been like that or even which flags they should use. Many of these, if not all, are languages for which it may be difficult to find an agreed-upon flag image. So maybe they are meant to have the white box with a question mark in place of a flag, but as of right now, even that does not work; instead the code produces a broken-image symbol, with the language code in parenthesis after it.

Yeah, that happens when a flag is not available. But by default you should see a white box with a question mark. I just looked at the language list and it seems to be working now. Do you still have this issue?
Quot linguas calles, tot homines vales
Top

I'll try to add the rest of the languages/flags tomorrow. Sorry for the (long) delay!

Luis wrote:But by default you should see a white box with a question mark. I just looked at the language list and it seems to be working now. Do you still have this issue?

Botlikh
Yeah, I do. It doesn't show a white box with a question mark, it shows a "broken image" symbol like this one 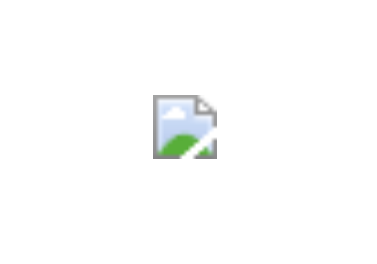 and then after that its shows the code that goes with the language. Is that not what others see in my post above?

But I don't think these languages' flags are used much on this forum at this point and I don't think it's something anyone needs to spend a lot of time and effort trying to fix right now, at least as far as I'm concerned. If there's a quick fix, excellent - if not, just let it be.
Top

Hello, I wondered if these languages could be added?

Apedemech wrote:Another unusual thing is that Kusunda is on the list of languages in the resource archive but not on the forum or the language list...

Apedemech wrote:Hello, I'm a bit new here... Is it possible to add?

Yes, I will create a new post in future, instead of editing

ONYX HORUS wrote:Yes, I will create a new post in future, instead of editing

Luis wrote:But by default you should see a white box with a question mark. I just looked at the language list and it seems to be working now. Do you still have this issue?

It should be OK now

Could these be added please

Could the following be added?

The English and native names for Siberian Tatar (sty) and Qashqai (qxq) seem reversed. Could you please fix this? Thank you.

Multiturquoise wrote:The English and native names for Siberian Tatar (sty) and Qashqai (qxq) seem reversed. Could you please fix this? Thank you.

Thanks. It should be fixed now.