Swear Words in your Conlangs

Swear Words in your Conlangs

So, have any of you tried developing swear words in your conlangs? If so, we should get a list going

.
Some information about the words would be nice, like roughly how bad a word it is, what it's meaning or translation is etc...
Top

To date, Leafoosish is my only conlang that technically has "bad" words. Historically, Tikolmian did too (conhistory), but now it doesn't anymore because they're too bad.
In Leafoosish, conell is a common interjection/curse. The literal meaning of it is "rabbit", but it derives from the phrase la gonell dell mall (literally, "the rabbit (fem.) of evil"; gonell is just soft-mutated from conell), which means "epilepsy". In my conworld...well, maybe I shouldn't explain.

Tikolmians once also invoked "the Rabbit", as it's known in my conworld, in vain, but they've decided not to do that anymore because they think she'll hear her name and decide to, you know, stop by. These days, Tikolmian uses takrielel ("guinea pigs"; literally, firemice) as an interjection, and the phrase via zo takrielel-mi "go to the guinea pigs" is roughly equivalent to "go to hell" but without such a clear meaning. If a Tikolmian speaker really feels like being rude, s/he can also say zo tuqsiōl sod-caz rōma "may epilepsy meet with you", but this is not recommended as you will probably be given a permanent silent treatment or at least an ear-piercing session of yelling.
I know, I'm very weird.

This is what you get if you ask me to discuss swear words in my conlangs.
Top

Miwonša can be a very rude language... Don't read the spoilers if you are easily offended, it's your choice

In my conlang ayeyarok'th the swear words are mainly phrases or grammatical changes for nouns decline based on their hierarchical status. Word order changes based on this hierarchical system. For example if the absolutive is superior the order is OSV, if it is unsure superior it is VSO, formal equal SOV, informal equal VOS, inferior formal OVS and inferior informal is SVO


I offended do not look at spoilers

Most swears can be covered by vese in Nithalos. It's pretty versatile.

I fail to see why we're censoring discussions of swear words in a thread about swear words. It's not like we're throwing personal insults at each other. We're talking about vocabulary items that most languages have to some degree, and if someone is going to be offended by that, looking into a thread titled "Swear Words in your Conlangs" was a mistake on their part.
N'hésite pas à corriger mes erreurs.
Top

Dormouse559 wrote:I fail to see why we're censoring discussions of swear words in a thread about swear words. It's not like we're throwing personal insults at each other. We're talking about vocabulary items that most languages have to some degree, and if someone is going to be offended by that, looking into a thread titled "Swear Words in your Conlangs" was a mistake on their part.

oh my goodness! they would sound too harsh in Dama, because in an everyday language they are heard so often so we get desensitized, but in a descriptive language as http://linguifex.com/wiki/Dama_Diwan they would be too harsh.
the only such expression i have made in Dama is translation of the most common Greek expression "re maláqa" (=you wanker), so common that it is considered even friendly!
So in Dama: "KIRA WAKE A!"
(literally "self-way sex-doing you!".
ॐ भूर् भु॑वः सुवः त॑त् सवितु॑र् व॑रेणियं भ॑र्गो देव॑स्य धीमहि धि॑यो यो॑ नः प्रचोद॑यात्
Top 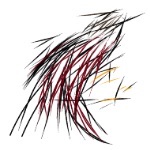 My language entitled "Rasna" has the following:

Zakilun- Dick, as in a rude person, from zakilu, meaning "penis"

I should have more eventually. Another language, which has several dialects, including Taysa, Tyquan'watic, and Uskahakekoko, has the word "behm" which can mean "arrow" or "penis" depending on context. It can also be used toward a person who is being rude, in the same sense as "dick." In Tyquan'watic, the term "behm'lan" or "tiny penis" is a classic insult, while in the other dialects this is rendered as "behm'nikta." The term "enbax," meaning "testicles," is also sometimes used as an expletive, in a sense similar to "bollocks" in British English.
Top
Post Reply
10 posts • Page 1 of 1