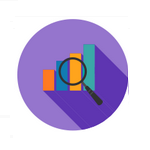 This is the official video of "Laksmana Raja Di Laut (Zapin Dut)" by Iyeth Bustami. It's interesting for me to see people from the biggest country in the world with a Muslim majority making references to Lakshmana, Rama's brother in the Ramayana. The lyrics are at the bottom of the video:
https://www.youtube.com/watch?v=t8n9_AtoKrM
This is a song apparently in dangdut style called "Perawan Atau Janda" by Cita Citata (lyrics in video):
https://www.youtube.com/watch?v=HgFTKuo8i7I
Top

Not an Indonesian song per se - it's in the Lampung language:

Can anyone tell me about this style of music? Are the music, type of singing, or lyrics typical of any genres I could search for to find more songs like this?
Please correct my mistakes in any language.
Top

eskandar wrote:Can anyone tell me about this style of music? Are the music, type of singing, or lyrics typical of any genres I could search for to find more songs like this?

This is classical music in Lampung. Hila Hambala seems to make a lot of songs like this, sometimes combined with more pop-y music in the background (like some Iranian artists). You can find more of these by looking up "lagu klasik lampung" on YouTube (lagu means 'song'), which gives you this. I posted this song called "Assalamu alaikum" in another variety of Lampung called Lampung Nyo once (in the "What song are you listening to right now?" thread). The video quality isn't very good, and the lyrics barely show up in the subtitles. (The prestige variety the song you posted was in is called Lampung Api and is spoken near the western part of the far south of Sumatra. Lampung Nyo is spoken on the eastern part).

This is a very different song from what I usually listen to: a(pop) song by an Indonesian pop, rock, and R&B female duo called Ratu. The lady who sings their songs is named Pinkan Mambo. This song is called "Salahkah Aku Terlalu Mencintaimu," so I thought I'd post it for no other reason than the fact that I just posted a song in Malay called "Salahkah Aku," too.

The lyrics are in the subtitles:
https://www.youtube.com/watch?v=9EZ17pSutIY
This is a song much more like what I normally post! It's a campursari song called "Rasa Suka." Campursari is a combination of traditional Javanese music and dangdut and is usually performed in Javanese, but this song is in Bahasa Indonesia (or perhaps it's a Bahasa Indonesia version of a Javanese song?). Unfortunately, I can't seem to find the lyrics to this song anywhere:
https://www.youtube.com/watch?v=zt-u6IDI4I8
Top

This is Tuhan by the famous oldies band Bimbo from Bandung (their Indonesian Wikipedia page says that the song dates back to as early as 1974). This music video was released sometime in 1999. While the overall theme is Islamic (since all the members are Muslims), the lyrics do not explicitly reflect it (at least I think that's how it seems to non-Muslims who aren't all too familiar with this song), making this song still comfortably enjoyable for people of other faiths (at least in my opinion). It helps that the lyrics are just as simplistic as the song itself.
https://www.youtube.com/watch?v=njFQv_gXzGw
► Show Spoiler
Tuhan, tempat aku berteduh
Dimana aku mengeluh dengan segala peluh
Tuhan, Tuhan Yang Maha Esa
Tempat aku memuja dengan segala doa

English translation (by me. Words inside parentheses also added by me to explain the context):
(O) God, (You are/He is) my place to shelter myself
Where I complain (all my problems) with (my body) all sweating
(O) God, God the Only One
(You're/He's) A place for me to praise with all kinds of prayers

(If) I'm far away (from You), You're far away (from me)
(If) I'm close (to You), You're close (to me)
(My) Heart is a reflection
Where good deeds and sin battle
وَمِنْ آيَاتِهِ خَلْقُ السَّمَاوَاتِ وَالْأَرْضِ وَاخْتِلَافُ أَلْسِنَتِكُمْ وَأَلْوَانِكُمْ ۚ إِنَّ فِي ذَٰلِكَ لَآيَاتٍ لِلْعَالِمِينَ۝
"And of His signs is the creation of the heavens and the earth and the diversity of your languages and your colors. Indeed in that are signs for those of knowledge." (Ar-Rum: 22)

I'm going to post the Indonesian song I wrongly posted in the creole songs thread.

Anyway, this is Madu dan Racun (Honey and Poison), released in 1985 as a soundtrack of the eponymous movie by late Arie Wibowo (1952-2011) of the Bill & Brod fame. The song has been covered in various languages, including Vietnamese (where it is famous outside of Indonesia), Burmese and Hokkien. In this video, he is the one wearing glasses and cap.
https://www.youtube.com/watch?v=gmI2m-LzgYk
Lyrics and English translation (by me, including context interpretation)
► Show Spoiler
Engkau yang cantik
Engkau yang manis
Engkau yang manja
Selalu tersipu, rawan sikapmu
Di balik kemelutmu
Di remang kabutmu
Di tabir mega-megamu
Kumelihat dua tangan di balik punggungmu

Translation:
You're the beautiful girl (that I love)
You're the sweet girl
You're the spoiled girl
Always blushing, your manner is prone

This is a lyric video of "Keroncong Sapu Lidi":
https://www.youtube.com/watch?v=XHv9xziMIgc
It has the lyrics in both Roman script and Hanacaraka, if I'm not much mistaken!