Even though the answer seems to be yes due to the presence of <ą> and <ę>, there are some reasons to assume that nasal vowels are present, but not phonemic in Polish.

So my question is: Wouldn't it make much more sense to assume that Polish has two nasal glides /w̃/ and /j̃/ instead of two nasal vowels /ɛ̃/ and /ɔ̃/? What would you say?
Top

Quetzalcoatl wrote:Even though the answer seems to be yes due to the presence of <ą> and <ę>, there are some reasons to assume that nasal vowels are present, but not phonemic in Polish.

Well, I have participated in many internet discussions about this and while the topic is somewhat controversial among us Poles, my position remains that there are no phonemic nasal vowels in the contemporary Common Polish (i.e. standard-ish spoken) variety. Of course phonetically vowel nasalization does occur (like in most other languages). There might be some speakers here and there who retain some sort of distinction between the 'ogoneks' and oral vowel+nasal consonant sequences but I do not think it's widespread.

The thing is that there's plenty of relatively recent local linguistic literature which parrots on and on the claim that there are two nasal vowels in Polish without giving the matter any thought even though they do admit the asynchronous or split pronunciation.

(3) "ń" is often rather pronounced like a nasal "j" and not like a palatal "n": państwo [paj̃stvɔ] instead of [paɲstvɔ].

Yeah, this is a positional allophone before /s/.

(4) Many loanwords contain "nasal" vowels: "instytut" (rather pronounced like [iw̃stɪ̈tut] than [instɪ̈tut].

I believe it's more complicated than that. While there are a few words where ‹n› stands for a nasalized glide nearly all the time, usually this is facultative (and probably depends on such factors as speech rate and register). So you might hear either (1) a nasal stop, (2) a homorganic nasal sonorant that is not a stop (i.e. complete occlusion doesn't happen) or (3) a glide such as [ɰ̃] in one and the same word. And indeed, in my experience it's [ɰ̃] rather than [w̃] at least after vowels other than /ɔ/ and /u/.

So my question is: Wouldn't it make much more sense to assume that Polish has two nasal glides /w̃/ and /j̃/ instead of two nasal vowels /ɛ̃/ and /ɔ̃/? What would you say?

I would say that in the large picture one additional consonantal phoneme would do. Among its allophones you could list a nasalized velar approximant (word-finally, before a coronal fricative), a nasalized palatal approximant (before an alveopalatal fricative beside the velar one), a velar nasal stop (before velar plosives). One has to keep in mind that the extra phoneme remains underlyingly distinct from the glides resulting allophonically from /n/ and /ɲ/ (less misleadingly: /ȵ/) as yet.

(The situation is messy and it might well turn out the distribution of the post-nasal-vowel glides cannot always be predicted based on the following consonant for some speakers. I have certain suspicions regarding my idiolect.) 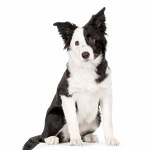 Looking at it, it would make more sense.

When I was learning Polish I had some problems with "ą" and "ę", not knowing how they're supposed to sound.
My Polish classmates always told me that I just have to say a normal "a" or "e" followed by a short "u", that is /w/.

They weren't linguists though.

I never though about the "ń" thing.
Top

There's an additional clue which suggests that /ę/ and /ą/ have lost their status as single phonemes in Polish. Namely, in verbs when you derive secondary imperfectives from prefixed perfectives by transferring them from the {ę, i/y} conjugation to the {am, a} conjugation, it very often involves an ablaut of the root vowels from /ɔ/ to /a/ (e.g.zarobić — zarabiać, rozproszyć — rozpraszać). Now, verbs with ‹ą› have colloquially started to behave just like the ones written with an ‹o›. People have extended the ablaut to verbs like włączyć (phonetically: włonczyć)— włanczać, zdążyć — zd[aɰ̃]żać. (Prescriptivists and common grammar nazis have launched a campaign of sorts against this, with limited results so far). Historically this did not occur as long as /ɔ/ and /ą/ were separate phonemes.
Śnieg, zawierucha w nas
Top
Post Reply
4 posts • Page 1 of 1