How long did it take you to learn...?

How long did it take you to learn...?

Esperanto or Ido/Lojban/ or Interlingua?
Top

Definitely E-o if you want an actual userbase.

Could you be a bit more specific? I'm learning English for more than a decade now and I don't think that I'm finished yet. And the same is true for every other foreign language. Which level of proficiency do you have in mind?
Top 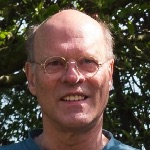 How long did you learn Esperanto?

The basic grammar and structure I learned within 3 months. Then I succeeded to communicate with other esperantists by help of a dictionary. I spoke my first Esperanto sentences in a Kibbuz 30 years ago and now I can't stop using Esperanto all around in the world.
Top

Oh, Esperanto is very easy! I knew complete grammar after 1 hour! I like this language, but it sounds a little bit, erm... artifically :/
Top

You knew the complete grammar after one hour? Well, it is easy to get this impression after you learned the -is,-as,-os nursery rhyme part, but I had to discover that there are some quite tricky parts, too. If you didn't have these problems, good for you.

Well Polish people do seem to have excellent Esperanto skills for some reason, as far as I've noticed.

I'd be dubious about overconfidence, however, as there's a whole world of grammar beyond the basics and 14 fundamental rules.
[flag=]en-us[/flag][flag=]fr[/flag][flag=]eo[/flag][flag=]nl[/flag]

Dawid, do you know http://bertilow.com/pmeg/?
Top

Narbleh wrote:I'd be dubious about overconfidence, however, as there's a whole world of grammar beyond the basics and 14 fundamental rules.

I have the impression that Esperanto might be easier when you are a French native speaker. I started to learn it yesterday and after 2 hours I could already say so many things !!!

And I know Spanish also so I guess it won´t be too hard to use Esperanto.

The only thing is I would like some spoken practice and I don´t know if there are many Esperantists here in Iceland...

Anyway, I love Esperanto and I am determined to belong to the Esperantist community because I like the idea of such a language a lot.

A few years ago, I really thought I would never learn "such a thing" but I have definitely changed my mind.
Top

Exactly right, Nolan. A huge portion of the vocabulary comes from the Romance Languages, and the grammar is very, very much like French. I found that my knowledge of French was indispensable in understanding Esperanto's grammar.

It seems to be mostly monolingual Americans that butcher Esperanto, or those who "know" many languages but none well. I have, however, run into a Russian whose Esperanto was so convoluted I couldn't figure out what he was saying.
[flag=]en-us[/flag][flag=]fr[/flag][flag=]eo[/flag][flag=]nl[/flag]

I am just a bit afraid now because I think I will get quite confused and speak something like a weird blend of Spanish/French/Italian/English and that I won´t be able to speak any language at all anymore !!!

But that´s a good exercise.

Thanks for your replies, Narbleh!
Top

As long as you practice them all and keep them separate when you do, I don't see why you'd have a problem

I was talking more about people who think vocabulary is all you need so they use some weird Frankenstein grammar to tie it all together.

I also want to avoid the temptation to use my French background to create new words that actually don´t exist, thinking it would be quite the same in Esperanto.

Mi lernas Esperanton kun Unilang kaj gxi iras tre bone, la lecionoj estas bonegaj.
Sed mi havas multajn amikojn tiu diras Esperanto no estas interesa! And it makes me angry because one needs to try something to make its own opinion about it... It´s funny how Esperanto can be liked and disliked at the same time.
Top

Nolan Llyss wrote:I am just a bit afraid now because I think I will get quite confused and speak something like a weird blend of Spanish/French/Italian/English and that I won´t be able to speak any language at all anymore !!!

But that´s a good exercise.

Thanks for your replies, Narbleh!

Jen la ligo por la sekva lecionio:
http://fr.lernu.net/kursoj/gerda_malaperis/index.php
(It's the French version, because you're profile says you speak French)
Gerda malaperis (Gerda disappears)is the most famous next step for Esperanto learners.
Most advanced Esperanto speakers have gone through this course. There is also a FULL length movie of this course! This teaches you the real Esperanto as it is spoken. (Except maybe the first couple of chapters...they are very repetitive to help you learn.)
Bonŝancon!
Cherokee Indian STILL improving German.
Getting reacquainted with Swahili Msaada!
In no particular order
[flag]eo[/flag][flag]de[/flag][flag]es[/flag][flag]yo[/flag][flag]chr[/flag][flag]ru[/flag]
Top