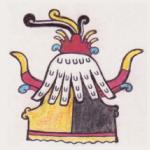 I've got a question about questions.

But, is there a diference between these word pairs?

I looked up both words in the dictionary already, but they seem to mean one and the same thing.
What is the difference? Why 'more/less precise'?

Also 'koska' and 'milloin' seem to mean the same.
Could you give any examples?

To me the pairs "mihin/minne" and "koska/milloin" have exactly the same meanings, respectively. Maybe it's a regional or dialectical thing, which one to use (I'm from the Helsinki region).

Same for these:
Milloin tulet? Koska tulet?
When will you come?

However, those are fairly general questions. Mihin does have also the specific (or more precise) meaning into what/which?, when going physically inside something. It is in fact the question word "mikä" in illative case.

For example:
Mihin noista taloista aiot muuttaa?
Into which one of those houses are you moving?

But you can't say: Minne noista taloista aiot muuttaa?
But this is ok: Minne aiot muuttaa? (Where are you going to move?)

Oh, and as a side note, the title of the thread should be "Minulla on kysymys kysymyksistä"

Ohh... so that's what they meant.
It is clear now! Thank you, teacher!

Thank you so much for your answer, really.
Top

What kind of reputation do you have?
- Time varying, sure, sometimes good and sometimes worse, can not know

02. If someone unknown would be to recognize the love of you, what would you do?
- I would go hämilleni ainaskin first and then we would go for coffee

04. What are you waiting for now?
- Access to home
These are some...
Servidores dedicados
*Everything is okay in the end. If it's not okay, then it's not the end*
Top
Post Reply
5 posts • Page 1 of 1