Why are you learning Russian?

Can you name six?
"Richmond is a real scholar; Owen just learns languages because he can't bear not to know what other people are saying."--Margaret Lattimore on her two sons
Top

Nukalurk wrote:It’s surely still useful in other countries like Kazakhstan.

Many former SU countries are rushing to join the NATO, and their new master promotes the usage of English, of course.

Russian is useful in all ex-Soviet states, for instance in Kazakhstan it's the first spoken language, Kazakh being the 2nd. I was reffering to the Slavic-speaking countries, in which Russian is not useful (except for Ukraine and Belarus).

I guess NATO has nothing to do with languages. Russian is still present in most of the ex-Soviet States, you can hear it everywhere on the streets, television, newspapers and so on.
Top

I have very little motivating me to learn Russian other than its culture, given the state the country's in at the moment. Really, I just think the language looks and sounds cool and the grammar is a neat puzzle to be solved, like a sudoku grid.
Top

What I was trying to say: Because I like to read books and stories by Russian writers. I want to read them in their original language instead of English. Of course, this goal is difficult. I need to study a lot.

Modgethanc, it's funny because to me it also is a fun puzzle to solve. All the prefixes and phrase building and verb conjugation are in my opinion a fascinating code to decipher

I'm learning Russian partly just because I love learning all sorts of languages.

The other part of the story is that my dad studied Russian for three years (or was it five?) in college (he also studied German in college but for a shorter amount of time). Even when I was a little baby, while he would mostly talk to me in Malayalam, he would throw in the occasional phrase he vaguely remembered from German and Russian. Even after many years, he still remembered that he used to say [ja ˈlʊbija ˈt̪ɪbija] to me all the time (he meant я тебя люблю

There were also a few people I met in school who helped keep me motivated to learn Russian. In kindergarten, one of my classmates was an adopted girl who was monolingual in Russian, and I think I tried to talk to her sometimes. My dad claims I even wrote a whole letter in Russian to her foster dad at the time (although IIRC he didn't actually speak any, but I didn't realize that at the time). Many years later, in high school, I met a Russian exchange student, and we became best friends and met and talked every day, although that basically ended once she went back. She really motivated me to try to improve my Russian ASAP because I tried to speak it with her whenever I could.

Anyway, at this point, I'm still learning it because why the hell not? I started learning it, so why stop? We have a bunch of users who are either learning it or speak it natively, it helped me start learning other Slavic languages, and it's spoken over a huge geographical area.
Top

Because I want to be able to read Russian hacker websites and forums without having to copy-and-paste everything into Google Translate!

I suppose going through the trouble of learning a whole language is probably more work than all the copying and pasting I would do through the rest of my life, but this is really more of an excuse than a reason.

Yeah, that too! The grammar is somewhat similar to classical Latin, which I've found fascinating for the same reason. But I've never looked at Latin too closely because no one actually speaks it.
Top

I've always liked Slavic languages. I became interested in Russian specifically because all my favorite bass singers were Russian.
'You're so cold, but you feel alive
Lay your hands on me, one last time'
- Breaking Benjamin
Top

I have absorbed some Russian by reading posts and resources written in it. I'm interested in Slavic historical linguistics, Slavic paganism, folklore and ethnogenesis and it so happens that you can find plenty of materials on these topics in Russian. This has put me in the situation that I can read many Russian (and Ukrainian, btw) texts without much difficulty but have little grasp on the pronunciation (the word stress, grrrrr) and it's hard to remember the words when I'd like to write or say sth in it. I also can often figure out what's being said in East Slavic languages when they're pronounced newsreader-style but it's much, much harder to understand the casual speech on the street. So I might consider really learning some Russian and/or Ukrainian to bridge the annoying gaps.
Śnieg, zawierucha w nas
Top

I decided it would be good to learn it because I was already looking for another language to really sink my teeth into from Europe. I wanted it to be one of the major ones, but I lost all interest in German, and I had no interest in Italian and Spanish (I love French but other romance languages bore me to tears), that didn't leave me with many options, so I was unsure for a while, then I read that Russia's population exceeds Germany's and I was interested. Then I realized Russia was actually a very alien place, and that the language is grammatically difficult (an interesting thing to me). Russia is already important globally, and it will probably remain important into the future. There's also Ukraine and former soviet countries with populations who speak Russian placing the number of speakers somewhere around 200 million. The reasons kept on piling on for me over the last few years. At first I disliked Cyrillic and consonant clusters, but then I heard Russians speaking and I learned Cyrillic and now I find Cyrillic text beautiful and the language sounds really cool and is so fun to pronounce. It's also an official language of the UN. Finally, it's lesser studied than many other major languages, which gives it a cool edge in my eyes.
Top

PEMbl wrote:
From what I understand it's also spoken to a considerable extent in Poland, correct?

Most Polish over the age of around 30/35 seem to be able to read/write and undertand some Russian still, the older the more they know! Not that they are proud of ever use it though 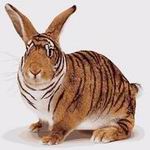 I really love the way that it sounds! I've been interested in the language, culture, and history for a long time, and found I had the opportunity to take it at my university. So here I am in my second semester thinking about getting a Minor in Russian!


Also I was terrible at Spanish!

Currently studying Chapter 10 of 24 from the Beginner's Russian Course.

Uskoton wrote:Most Polish over the age of around 30/35 seem to be able to read/write and undertand some Russian still, the older the more they know! Not that they are proud of ever use it though

That's enough for me!

kdv15b wrote:I really love the way that it sounds! I've been interested in the language, culture, and history for a long time, and found I had the opportunity to take it at my university. So here I am in my second semester thinking about getting a Minor in Russian!


Also I was terrible at Spanish!

If you ever need someone to practice with, feel free to message me 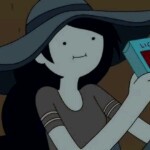 5, 7, 8. I love both Russian language and culture I also should include history. Besides that it might be beneficial professionally since there's a demand for Russian in my country. I'd never consider learning a language just because it's beneficial if I didn't like though.
Top

I'm not learning it yet, but I'm interested in Russian because since I already speak a Romance language and am in the process to achieve fluency at a 2nd Germanic language, I might as well learn a Slavic one. And since I was undecided which one to learn I've decided to go for the one spoken in the largest country in the world and the one with the largest number of native speakers.
Top

Hi I am Erin and I am from Colombo(Srilanka) I just complete my graduation from my native city and now I want to go to Russia as a medical student but problem is that I do know Russian language so now I am searching a Russian language institute where I can learn Russian before getting admission in medical. I have searched a lot and found a Russian online school EchoEE here and it has good reviews on many reviews sites and over youtube. But still confused to get admission here so plz anyone here to give me an idea or tell me more institute like this?
Top