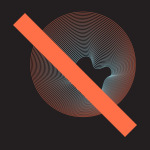 a song in Serbocroatian:
(12 million views in 3 weeks

The other day my boyfriend (he's from Zagreb) sent me a few songs in Rijeka dialect and other Istrian dialects and it turned out that I understand almost everything and had to translate the songs for him, even though I don't speak Croatian otherwise. I'm from Slovenian Istria, and it looks like Čakavian is much closer to my native dialect than Standard Slovene/Kajkavian/Standard Croatian. It's quite funny, but it looks like I would have almost no problems understanding people in Croatian Istria (unlike Zagreb, for example).

And I know this is probably a bit inappropriate since it's a Croatian thread, but here's a similar song in my native Slovene dialect:
https://www.youtube.com/watch?v=lhzp7sZJyto

The greatest enemy of knowledge is not ignorance, it is the illusion of knowledge.
Največji sovražnik znanja ni nevednost, marveč iluzija znanja.
Top 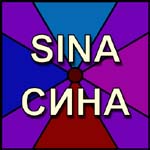 Those were the days - my friend