The biggest book that you have ever read

The biggest book that you have ever read

Well, now I'm reading a book by Erico Verissimo with title "O Tempo e o Vento" ("The Time and the Wind"). This is probably the biggest book that I have ever grabbed to read: I'm in the 422 nd page of the first volume (about 800 pages only in this volume), there are 4 volumes with over 2000 pages together...
Previously the biggest one that I read was "Anna Karenina" by Tolstoi with over 800 pages in the translated edition that I read...
Then, after reading the messages about the worst books, it came to my mind to ask you which one was the biggest book that you have ever read...

BTW the Bible is out of this question...

By the way: the Bible is out of this question, of course...

Either "The Lord of the Rings" or "The Pillars of the Earth" by Ken Follet (OK, OK, he only writes Blockbusters. But I like it

), both with something more than a thousand pages.
Top

I didn't read the book, but I saw the first movie (" The Ring Society") and I thought that it's very cool...

I can't wait to see the next movie... 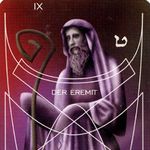 I've read 'Lord of the Ring' twice and I find it not so big...
Anthony Burgess' books are often very big, especially 'Realm of Darkness' (not sure about the title!)
and, if the Bible (that I've partly read) is out of question, what about the Mahabharata ? I've only read excerpts of it (the only french translation is too expensive for me!), but it was quite huge, though very very interresting!

I haven't really read big books, but one of the biggest I've read was Rayuela, by Julio Cortázar, which is a difficult book to read as well.
Top

Patricia wrote:I haven't really read big books, but one of the biggest I've read was Rayuela, by Julio Cortázar, which is a difficult book to read as well.


Well, difficult books to read is another interesting question...

The most difficult book that I read in Portuguese was "Grande Sertão Veredas" by João Guimarães Rosa (sorry, but I don't know the translation of the title to English...).
In English the most difficult was "The adventures of Huckleberry Finn" by Mark Twain.
In both cases because the authors reproduced in these books exactly the regional way of speaking these languages...

Weldal wrote:In English the most difficult was "The adventures of Huckleberry Finn" by Mark Twain.

I totally agree with you. I think it's one of the few books of which I read only a few pages and then put it down. I never leave books unfinished, but this one was way too much for me.

About difficult books, I recommand you "Le Discours de la Méthode" of René Descartes : not only difficult to read, but also very annoying and I don't agree at all with him !

I've also tried 'Also Sprach Zarathustra' of Nietzsche : Oh God! Didn't understand a single word! Maybe it's due to the translation, but I'm not sure...

Another one I couldn't read, though considered as the Best French Writer of All The Times

Victor Hugo's Notre Dame de Paris... I've read about twenty pages and gave up when I realize he was still describing the cathedral. I don't like Hugo, I think he's pretentious and don't write so well, and what a bad poet!!!!

Another french writter I can't read is Marcel Proust, with his sentences of 10 lines ! When you reach to the end of a sentence you can't remember what he was talking about at the beginning

Finally, two things I found difficult, but different reasons : Rabelais' Gargantua and Pantagruel : it's old french and quite ununderstandable ; and Dante Alighieri's Divine Comedy : I've read it in french, in a quite bad translation, but couldn't read it in italian, simply because it's not italian and I couldn't understand half a word !

Oh yes, another one who is quite difficult to read is Shakespeare, but I keep on reading him in bilingual editions, because I think it's not quite good in french...

Recently I had to read some literary theory for my Argentine Literature exam. Among the notes I had to read, there was a book by a Reisz de Rivarola....Oh my God! It was soooooo badly written! Sentences with extremelly long Subjects; by the time you got to the Predicate of a sentence you had already forgotten what the Subject was, thus, what you were reading about. Extremelly annoying when you have to learn concepts!
Top

Huck Finn is worth reading. Philosophy is difficult

Patricia: I think that "Huck Finn" is a very difficult book to read, but it is worth reading, believe me. You should read it...
Emandir: Philosophy seems to be such a difficult subject that I don't read it a t all, no book of Philosophy can be easy...
Let's keep our talk about plain literature...

Weldal, I don't agree : you can find philosophy books that aren't too hard to read.

For example, in french, we have people like Jean-Paul Sartre, Albert Camus or Cioran, who wrote books very easy to read.

A thought I've had during my philosophy classes (and I still think it's true) is that philosophers very often complicated too much the way they say things...

It's often more difficult to say simple things than to conceive an elaborated (and though obscure) theory...

Here in France, we say : 'Pourquoi faire simple quand on peut faire compliqué ?', which means : why will you do simple things, when you can do complicated ones?

First of all I'm sorry to tell you Emandir (sorry, first of all WELCOMEE!!!

) but I have to tell you that the language Dante writes his Divine Comedy in is Italian... it's THE Italian... our land has always been full of dialects and separated languages, and when scholars had to choose which language adopt and teach to the whole Italy to create our nation they chose the language of Dante!! So that's the only real Italian... if you mean that it should be a bit updated I agree, but that is our national language!!! (I can read it easily, and I don't know any Latin or else... just Italian...)

Well, I've never thought Huck Finn could be considered so long... and I love it!!!

The longest book.... mmmm.... well, The Lord of Rings (and I read it so much time ago, with all those characters, that I almost forgot it... unfortunately I've never had time to read it again...) and also Crime and Punishment of Dostoievsky (please Darkroom check my spelling!!!!) I loved both!!! I noticed that I always have to finish a book, unless it's really rubbish!! One of the most boring book I've ever read was The Death in Venice by Thomas Mann... it was only 80 pages long... but sooooo bbbbooooooooooooriiiiing!!!
There are more things in Heaven and Hearth than are dreamt of in your Philosophy...

I have problems in understanding Dante too

...it's OLD italian...surely the first 'real' italian but soooo oooold ...and boooring....

I tried Also Sparch Zarathustra too... i still havent finished it....I think i'm at page 15 or so...And i started more than 1 year ago...

As for big books:
Gone With the Wind (when i was 12...and still a big reader...i think it was around 1000 pages and it took me 'only' one month...)
Dostoevskij- The Demons (the book that changed my life: i fell in love with Dostoevskij and Russia...)
Dostoevskij- Crime and Punishment (the first thing i did after finishing my school exams last year: 5 days of non-stop reading!)
Tolstoj- Anna Karenina (finished just last week)

Can't think of any others...
Top

Damn site not keeping my login....

Huck Finn and other books

Francy: Patricia said that Huck Finn is a very difficult book to read and I agree, but it's by no means a big book, only 300 pages, more or less...
Crime and Punishment: I liked it very much, and even more The Karamazov Brothers. I've been looking for a good translation of The Demons, but unfortunately I could find none, it seems that it's out of the bookshops here...

Anna Karenina: I liked it very much. A big book indeed (any book above 500 pages is big in my opinion), but I didn't think it's boring...
Top

I can´t say, which was the really biggest of all. The one that in my rememberance was the longest by far, is Tolstoj´s "War and peace" . I read when I was nearly yet a child and when I finished it, i felt myself as if all the time described within the book really would have gone by.
Top


I just loved Sartre's L'Âge de Raison, but I've read it in Portuguese (A Idade da Razão, translated by Sérgio Milliet) and it's far from a big book—only 352 pages. I wish I could remember what the longest book I've ever read was...

It'd probably have been the translation of The Lord of the Rings (O Senhor dos Anéis) if I had been able to get it last Christmas. Oh, well, better luck this year.

Harry Potter e o Cálice de Fogo (translation of Harry Potter and the Goblet of Fire by Lya Wyler), with its 584 pages. I agree, though, that the font used was slightly larger than that you'd find on most novels.

Homer's Odisséia (Odyssey)—Jesus, I just couldn't seem to get anywhere when I was reading it... The more I read, the more there seemed to be left.

Fortunately we could choose between a prose and a poem version, and I picked up the former.