Hiii, I'm looking to find as many instances as I can of Dutch texts that have both accompanying translations and audio recordings. An example would be a book written in Dutch with an English translation and an available audio book.

I found http://www.grimmstories.com/ which is amazing for the translation part, but I just wish it had audio.

And then I've found http://www.bookbox.com/ which has a collection of stories in various languages with audio recordings. Although I honestly find them pretty boring. e_e

I've also looked at authors like Guus Kuijer and Annie M.G. Schmidt which have books translated into English as well as audiobook versions. But generally I've found that either the English version or the Dutch version of a book costs... over a hundred dollars for some reason.

And then there's public domain works on Project Gutenberg with corresponding audiobooks on Librvox, however I don't know about translations, and plus the language is generally really old with outdated spelling.

I've even used http://opensubtitles.org/ to find corresponding English and Dutch subtitles to use with the audio of a movie. However it's not *exactly* what I'm looking for. xP

And of course there are Dutch songs, which generally always have lyrics posted somewhere, and they're usually easy enough just to translate myself. However that's not exactly what I'm looking for either, and plus the language used in songs is generally, in my experience, very easy language, so I don't learn much.

There's Wikipedia which has loads of articles in multiple languages, however they are almost never parallel translations. Not to mention that they don't have audio.

Tatoeba has loads of sentences in many languages, a lot of which have recordings. Except I really want a body of text rather than individual sentences.

Does anybody happen to know of any more resources like this? Thank you! ^_^
Top

The only thing I can think of right away is the Bible.
sound NL: http://www.voorleesbijbel.nl/
text NL: https://www.bijbelgenootschap.nl/nbv/
text EN and other languages: http://www.biblija.net/biblija.cgi

I don't know if you like listening to this, but at least it's a big body of text.

Wow, that's actually the perfect resource, not only for Dutch, but for many languages! It's a huge body of text, translated in parallel to many languages, with recordings! I'm a little surprised I'd never even thought of this before. o: Thank you so much! ^_^
Top

You mentioned books by Dutch authors also in English translation, but it's probably a lot easier to find English language bestsellers that have been translated into Dutch--I'm about to order 'Harry Potter en de Steen der Wijzen' off Amazon. (Not sure if there's a Dutch audiobook version though!)

Have you found any other helpful resources? I'm also trying to learn Dutch, and am taking a class at a U.S. university, but really need more resources to practice on my own. 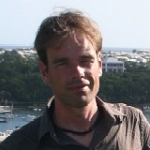 These are also Dutch texts with word-for-word English translation, for Kindle:

Here's the same books as pdf's with mp3's included:
https://www.learn-to-read-foreign-languages.com/collections/dutch/products/bermuda-word-learn-dutch-with-beginner-stories-interlinear-pdf

I'm shortly creating a topic about an App with integrated vocabulary practice based on this material as well.