I wanna check it out, but haven't gotten around to it yet.

Learned about Hetaria and it is now on my list of must-see-ASAP anime!! Japan is totally relatable, China and Italy sound hilarious… just, an anime about personified countries? Yes pless!
Top

Koko wrote:Learned about Hetaria and it is now on my list of must-see-ASAP anime!! Japan is totally relatable, China and Italy sound hilarious… just, an anime about personified countries? Yes pless!

Gundam opening singed in italian by Giorgio Vanni. He is a famous singer specialized in anime songs 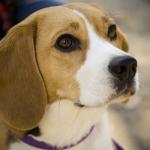 Firs of Naruto there was another Ninja, Sasuke. This is the fantastic italian opening of this great japanese Anime of the '70, sung by Fogus

This is the Daitarn 3 opening of a Robot anime very famous in italy. this song reached the italian super music chart top positions

So, I just watched the first 4 episodes of がっこうぐらし this morning. It's got me very interesed thus far. I especially like that Yuki is crazy as shit, and delusional. You don't see main characters like that everyday. I'm very curious to see where they go with it all.

Turns out there is something worth watching this season after all. IMO anyway.

So, I just finished Toradora this morning. It was awesome! Initially I was kinda meh, but I am soooo glad I stuck to it! Everything was pretty good once I got into it. I found the characters very good. Especially the main two, Taiga and Ryugi. I thought it was very well written, and the ending came out of nowhere and yet fit perfectly in (in other words, I didn't see it coming lol). 9/10

Now, time to finish Jigokou Shoujo in between new episodes of the others!

Baldios Robot this is one of my favourited italian anime openings

So, instead of learning Japanese, I've been binging on anime the last week or two. Shame on me, I should be doing both.

Anyway, I just finally got around to watching Shiki. That was a pretty good story, I liked in a lot. Especially since it seemed to be asking when are we no longer human, among other questions. I really couldn't get into the art though. I mean, it felt kinda childish and lackluster for the most part to me. And what was with the hair?

Anyway, that hardly made me hate it, especially when I started getting into the story. 8.5/10.

In other news, Gakkou-Gurashi is getting good again. They better not kill off/zombify Kurumi-chan! And what's the deal with Megu-nee? And then they were talking about "medicine". Unless they do something stupid, I see this show getting a 9/10 easy from me. It better get another season too. Or else!

księżycowy wrote:So, instead of learning Japanese, I've been binging on anime the last week or two. Shame on me, I should be doing both.

Me too, when I'm not in class I', binging on anime on crunchy roll. I even am watching it while I study


I also started Nana which is excellent so far! And Charlotte which is really weird. I'm gonna start binging on horror themed anime since October is coming soon

I've been meaning to get to SAO season 2. One of these days. I have plenty in backlog already.

I was also thinking of watching Charlotte in a week or two. I like weird. Well, to an extent, some shows go to far out there. Like FLCL.

And what's Nana? I don't think I've heard of that one.

I also seem to be subconsciously gearing toward horror anime myself. The Fall is almost upon us.

Let me know if you watch any good ones.
Top

this is the Amv-YuGiOh Gx Full Italian Theme enjoy

I was asked about a few anime recs in Meera's TAC, so I thought I'd move the conversation here and not take over Meera's thread.

If any of you really want to get into some horror anime, I can recommend a few (in no particular order):
ひぐらしのなく頃に / Higurashi no Naku Koro ni (a.k.a. When They Cry) I can't wait for the Sentai release stateside!
アナザー / Another
地獄少女 / Hell Girl
There were a few others I've seen and liked, but I can't think of them off the top of my head.

I've also been watching a few comedies, like さばげぶっ! / Sabagebu and きんいろモザイク / Kinmoza. Again, there are others. Like のんのんびより / Non Non Biyori, which just finished it's second season.

I guess it just depends on what you're into, dEhiN.


Non Non Biyori Repeat just finished, and I have to say I enjoyed it just as much as the first season. Though I thought that Hotaru was a little more subdued this season. But it's still the same good stuff it was last season. 8.5/10

Though, what is up with all the repeating the same year stuff?

I want a third season now, just so that we can NOT be stuck in the same year!
First Madoka*, then Yuru Yuri, now Non Non Biyori!** WTF!


*I do make an exemption for Madoka. It was a significant part of the plot.
**This list is only based on show's I've seen, I do not claim it started/ended with any of these shows.
Top

Thank you księżycowy!! I will check those out.

I was watching Elfen lied, but I could not get past the puppy scene and I haven't gone back to it.


I have been watching the devil is a part-timer and I love it so far. It is so cute and funny. It reminds me a lot of hocus pocus.
अहिंसा/เจ
True Love:

I'll have to keep a look out for that then, as I'm on episode 5 of Elfen Lied right now. The show has already had some really fucked up shit in it.

And, going back to your TAC comment, yeah, Naruto is a bit overrated. It's good, but not as good as some people make it out to be.

And nothing major is being missed by not watching it, really.
Top
Post Reply
305 posts