Igbo is a language spoken in Nigeria. Here are some resources:


Here is a bibliography:

Cool, I've been interested in Igbo for a bit now. Thanks for the links Massimiliano! 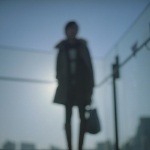 Despite being one of the three major languages of Nigeria, it's incredibly hard to find anything Igbo-related for me. After reaching Chinua Achebe's Things Fall Apart in 2012 I seriously considered studying Igbo, but stuck with my on again, off again interest in Yoruba. There is media such as songs and movies, but I run across a lot more Yoruba movies and Yoruba/Pidgin English songs compared to Igbo.
Eleanor Roosevelt once said, "The future belongs to those who believe in the beauty of their dreams."
Learning:

Massimiliano B wrote:Igbo is a language spoken in Nigeria. Here are some resources:

For the learner's sake, it's unfortunate this file is only twenty-four pages and the tones aren't marked. Doesn't Igbo have downstep, not just a high-low-(maybe mid) tone system, along with a tense/lax or +ATR/-ATR distinction? The Latin alphabet really needs more vowels...
- Native: English
- Intermediate/Advanced: French, Arabic
- Beginner: Somali, Kinyarwanda
- Interested in: Yoruba, Azerbaijani, Uzbek
Top

(Igbo has many dialects, and an orthography that isn't always represented consistently online, so these materials have a lot of variation)
Top

Wow, that is a lot of resources! Thanks! Igbo is probably the biggest Nigerian language I am kind of clueless about.
Top
Post Reply
6 posts • Page 1 of 1