Ok, time to make a new thread! You can still smell the new language smell!

Anywho, this is my personal thread for sharing notes/questions/whatever about Cayuga.

So far I've gone over lessons 3 & 4 a little and picked up the following:

w- and o- mean "it" (it will be interesting to learn which to use when. If my memory doesn’t fail me as mush as I think it does, I believe that o- is used with nouns. I think I remember reading that from something about Cayuga, or maybe it was Oneida. So, if that’s true I would guess that w- is used with verbs.)

-geh and -hneh -> at
-geh is used with consonant sounds at the end of a word
-hneh is used with vowel sounds
For example:
Rexgeh -> at Rex’
Amyhneh -> at Amy’s
BUT
Petegeh -> at Pete’s (because the ’e’ at the end isn’t pronounced, so it ends in a consonant sound)
(They used names as examples, but I assume you could probably use other nouns as well. Like ganadahneh -> at town. Though I don’t know that for sure.)
Last edited by księżycowy on 2017-11-12, 12:45, edited 1 time in total.
Top

I don't know whether I'll end up learning it myself. If I do, though, I'm sure this thread will turn out to be helpful, so thanks. 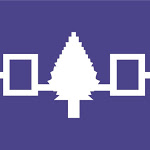 Thanks guys! More to come in a week or two.
Top

Hey Ksiezyc, did you see the new Teaching Grammar on the cayuga language website? It's pretty good!
[flag=]cay[/flag]
Gayogo̱hnǫ’ gadewayę’s
I am studying the Cayuga language.
Joe gya:sǫh. Kanadagwa:dih hǫ:weh knagre’ ne’ wa’ne:.
[i]My name is Joe. I live on the Canadian side right now
Top

I did not. I'll be sure to check that out ASAP! Thanks for the heads up!

Having just reacquired the audio to the Spelling Manual, I think I'm going to start going through it again.
Top

Well, for both the Powwow, and my general interest in Iroquoian languages and culture, I'm going to pick up Cayuga again! (Especially having had to quit my Seneca class for now...

I'm going to start sytematically go through the Spelling Manual (located here: http://cayugalanguage.ca/index.php/teac ... d-spelling).
For this week, Iḿ going to go through the section entitled "Cayuga Letters" and if I get through it easily enough (which very well might be the case), I'll move on to "Syllables".

If anyone wants to join me, feel free to say so and we can go through things together!

Noöne wants to do a Cayuga study group, I take it....

Sure, we can do a study group together. I was just joking about not wanting to do Cayuga. (I mean, in principle, I'd kind of prefer to do something from the other side of North America for a change instead of all these Iroquoian and Algonquian languages that straddle the eastern end(ish) of the US-Canadian border, but that doesn't mean we can't do Cayuga also). Let's try it out and see how it goes!

I guess I better start thinking about getting that book then!

Did I scare you?

It's Halloween, after all!