Past experience has clearly shown I'm not good at coming up with posts for these yearly blogs (the 2017 one only got two posts, I think), but I'm still stubborn enough to try once again.

The first four are languages I like on their own, associated to cultures I have a lot of interest in. German and Japanese are mostly just for reading linguistics research on the previous four (there is plenty of good stuff on Romance languages and Latin in German, and on Classical Chinese in Japanese).

I've long wanted to learn a non-trivial amount of a South American indigenous language, but keep on not getting around it; maybe this will be the year. My interest in learning such a language mostly comes from some curiosity for what it's like to learn a minority language, and I'd like to make good use of my Spanish both to learn such a language and later on to produce resources others might find useful. I've been able to get a hold of two Yucatec Maya dictionaries (published in 1998 and 2009), but they're both basically long glossaries with no grammatical information other than word class, only one definition per word, and with no example sentences. If I could eventually get a hold of literature in the language, I think I could write something better relatively easily. I *think*. But maybe this is too ambitious (it probably won't be easy to get native speakers to check entries either, if I were to add example sentences), so at the very least, a dictionary with more grammatical information per entry would be desirable. I'd put it online for free too, of course. I also admit Yucatec Maya is kind of a random choice; I could've decided to learn Nahuatl or Quechua or something else instead.

If anybody was wondering about my Arabic, I've been feeling a bit less enthused about Standard Arabic lately, mostly because my plans for this year changed. However, now that I'm moving to Montreal, a city where I'm likely to come across Arabs more often than here in Vancouver, I wonder if I might finally find some encouragement within myself to learn a dialect instead. We'll see.

So, to start off the year on the right foot, I spent much of the morning of January 1st re-reading part of the beginning of the Zhuangzi, a book I like a lot (along with an English translation of course). I was happy to identify what is really an ancient Chinese equivalent of Horace's ars longa, vita brevis 'the art is long, life is short', right at the beginning of the third chapter of the Zhuangzi, a similarity I had missed in previous readings!

吾生也有涯，而知也無涯。
1 live TOP have shore, and know TOP not.have shore
'My life has a shore (a limit), but knowledge has none.'

I admit that sometimes I get pessimistic towards my language learning, particularly for French, as in spite of having studied it for so long I still find myself looking up somewhat basic words or collocations whenever I try to write anything. I sometimes have to write in French at my job, and every time I get a good reminder of how far I still have to go. So these sayings speak to me here.

When I speak French at meetups I just make up rewordings and circumlocutions of what I want to say, which is okay especially for that environment, but when writing in it at my job, I feel pressure to try to produce actual passable French. You see three stars in my profile but I'm only B2 (and not a solid B2 at that, really, although I justify it by thinking my passive skills are a lot better than the active ones). Yes, considering I'm moving to Montreal in 9 months, I know I should really just focus on French, but ehhh, I know myself and so I know I'll get inevitably distracted with Latin and Chinese.

From January to April, I'm taking a couple evening courses on some computer science topics, which I expect will consume a good deal of what would be my free time. But from May to mid-August I'll compensate for it by doing a "summer TAC" like the one I did in 2015 to some success.
Last edited by Ser on 2018-09-28, 18:39, edited 2 times in total.
Top

Ser wrote:I was happy to identify what is really an ancient Chinese equivalent of Horace's ars longa, vita brevis 'the art is long, life is short', right at the beginning of the third chapter of the Zhuangzi, a similarity I had missed in previous readings!

This somehow reminded me of (a highly sanitized and self-censored version of) an old (Indian) Buddhist story involving a dancer and a sculptor. The sculptor creates several works that portray the dancer, and the dancer says her art will die with her but his will last for centuries.
Top

I think I need to structure my days so that I force myself to study. I had ample free time this week and I told myself I'd study whenever I'd felt like it. Unsurprisingly I hardly studied anything at all besides some Hokkien and negligible Mandarin. I do suffer from not doing things because I don't even start them, so perhaps forcing myself to start things is good for me.

The languages I currently have an interest in are Latin, Mandarin and Ancient Greek, and to a lesser extent French. (Sorry, Japanese and Yucatec Maya.) Therefore my schedule until the end of August shall look like this, aiming for at least two hours of study every day:


My weakest point in both my A2 Mandarin and my B1 French is obvious to me: my listening skills. I should focus on that, and read much less. (Seriously, it's rather embarrassing how my Mandarin and French reading skills are far better than my listening and production skills.)

After going through these, I think I should be a lot better prepared to hit Radio Canada and untranscribed podcasts.

Also, on differences between Quebec French and Hex French: https://www.dufrancaisaufrancais.com/articles/

Free online resources to go through for Mandarin:
https://www.slow-chinese.com
http://www.cslpod.com/LearnMandarin/Lesson/Latest.aspx
(IIRC the second resource needs Flash, so open it with Firefox)

After going through these, I'm not quite sure what I'll be listening to. Maybe I'll shop around these options and see which one seems most worth paying for. Do you guys have any recommendations?


Now watch me burn out in three, two, one... No really, let's see how long I can keep up with this.
Top

I can't help but ask, are you continuing with Hokkien?
And are you still interested in Hebrew?
Top

księżycowy wrote:I can't help but ask, are you continuing with Hokkien?
And are you still interested in Hebrew?

We're going at a slow pace so it won't matter. I already covered the pronunciation unit as well as the first unit of Lambdin's Biblical Hebrew textbook. Yesterday I also got to skim the first third of Philip T. Lin's Taiwanese Grammar: A Concise Reference (2015). It won't be a problem.
Top

Just wanted to make sure. I figured you were probably just omitting them because of pace.

Yesterday I also got to skim the first third of Philip T. Lin's Taiwanese Grammar: A Concise Reference (2015).

I have a copy of that; it's a great resource.
Top

I successfully studied Ancient Greek for two hours. Went over all the vocabulary from lesson 3 to lesson 8, copying it down in case I need to refer to it, and did the exercises of lessons 7 and 8. There are 50 lessons in total in the textbook From Alpha to Omega.

Low-res images of the vocabulary. 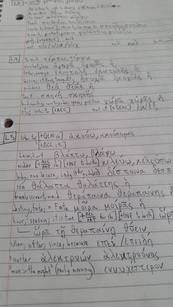 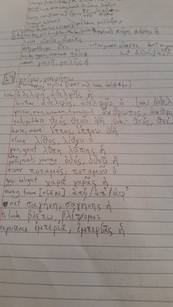 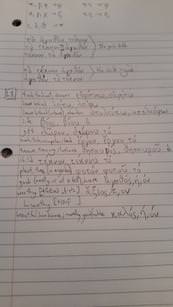 Wait, what is it you were asking for recommendations for? Learning resources for (Mandarin) Chinese?

For Chinese characters (if this matters), I recommend this (Victor Mair doesn't like it at all, but I think he's wrong about its effectiveness) for a good place to inspire silly but helpful mnemonics for remembering how to read and (especially) write characters. I recommend this especially for actually understanding where the characters came from. For a dictionary with more updated information than Wieger's book (in the second/previous link), I recommend this.

For actually learning Chinese, it looks like I've mostly been using the Practical Chinese Reader series (there are six volumes, of which I have the first five; I'm in the middle of the fourth one), but I've also used this (both volumes) and - most usefully for learning some slightly advanced (but still more or less commonly used) vocabulary fairly quickly - this huge book. Don't be misled by the whole "multimedia" thing; AFAIK, while it does have some videos that go with it, the quality of those videos is really crappy. In any case, both A Trip to China and China Scene are mainly readers.

For online listening resources, there is always this sort of thing:
https://www.youtube.com/watch?v=jK1BIAEq_eI
Plus all those things like "Happy Chinese," "Happy Journey Through China," etc. that I haven't really used that much yet.

And of course, there are movies with subtitles! (Which I also haven't used much yet

). So far, I've seen one Singaporean movie (I Not Stupid Too - not entirely in Mandarin or even in Chinese, but mostly in Mandarin nevertheless and thus fairly helpful), one Chinese movie (Raise the Red Lantern - probably not the best choice tbh), and one Taiwanese movie (Five Girls and a Rope/五個女子和一根繩子).
Top

Forcing myself to study 2 hours is proving too much. Since I've noticed the last half an hour is a total drag, I think I'm just going to cut it down to 1.5 hours. Whatever lets me not fail.

I'm still unable to do anything fun in Mandarin really, but I can in French. Maybe I should find some lectures or talks by French-speaking professors to listen to on YouTube or something. (I listen to a lot of stuff like this in English. Why not in French?) Today I found that KhanAcademy has some content in other languages. I think I'm going to try to learn something about stats or calculus in French, why the hell not...

vijayjohn wrote:Wait, what is it you were asking for recommendations for? Learning resources for (Mandarin) Chinese?

I was asking about listening materials specifically.
Top

What sort of things would you find fun for Mandarin Chinese? Maybe 成语故事?

Btw I'm still willing to work on rewriting SAH if you'd like to keep using it (for Hokkien).

I'm sorry to shift that burden on to you, Vijay. I had intended to work on that with you.
Top

Lol, that's okay! I wrote out the entire translation of my grandfather's memoirs, after all...and that was barely even legible to begin with and involved a lot of me going up to my dad like "hey, can I read one part of this diary at a time over with you to make sure I read it correctly? Oh, I didn't really. Okay." I'm kind of used to this sort of thing.

Well, thank you for continuing that project.

Hopefully in a few months I can contribute to it again.
Top

Well, don't thank me too early...I don't know whether Ser is still interested yet or not.

Lol I haven't even done anything on it for at least a week.
Top

Doesn't mean you won't keep working on it.
Top

That's true; you'll come back to it at some point, so maybe then I will work on it.