Not sure of this language on this shirt. The cursive throws me off enough that I'm not sure of the lettering. The brand in "incity", its made in Uzbekistan, but I can't get an Uzbek translation to fit. Can anyone help?
FullSizeRender1.jpg
You do not have the required permissions to view the files attached to this post.
Top 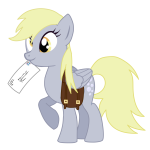 Almost correct, but in singular number: everything starts with a dream. Not that it matters.

And here is my new question
https://vocaroo.com/i/s0f0n0VtBsGp
These were two asian-looking women in Czech town of Brno. Can anyone recognize the language?
Top

Moraczewski wrote:And here is my new question
https://vocaroo.com/i/s0f0n0VtBsGp
These were two asian-looking women in Czech town of Brno. Can anyone recognize the language?

Hmm, interesting... to my ears it sounds like a mix of different languages, but probably not.

If I had to guess, I'd say probably say Indonesian, Malay or some related language? It doesn't sound tonal, at least to my ears, although it might have pitch accent... I'm almost certainly wrong about everything, though. Yeah, I suck at identifying languages.

But it sounds like a cute language, whatever it is, and hopefully someone knows for certain what it is so that I can add it to my list of cute languages you'll know what it is.
Top

I thought it might be Kyrgyz for some reason.
Top

vijayjohn wrote:I thought it might be Kyrgyz for some reason.

At least more likely than Indonesian. Honestly no idea how I could think Indonesian, considering it has front rounded vowels and shit.

The reason I thought Kazakh rather than Kyrgyz from the part that sounds really Turkic even though it doesn't sound exactly like Kazakh either is mainly that the latter vowel in the word that sounds like [bʲɵlʲɪ̹k] doesn't sound super-rounded and AFAIK/AFAICT usually Kyrgyz has rounding up to eleven, and that I thought the preceding [mʲen] would mean "and", but... hmm. At times it doesn't sound like it has vowel harmony at all to my ears, though, but I can't hear a single [æ] anywhere and it doesn't sound like Persian at all so (presumably) can't be Uzbek... maybe it could even be Tuvan?

Heh, I'm not sure yet what the differences are between Kazakh and Kyrgyz.

vijayjohn wrote:Heh, I'm not sure yet what the differences are between Kazakh and Kyrgyz.

Even though in all honesty I can't differentiate them from short bits unless there are some dead giveaways (but tbh there are very few languages I can recognise from short bits), I'd say Kazakh tends to sound overall more aggressive but also softer in a way; the vowels are more centralised (except for /æ/), the voiceless plosives are more strongly aspirated, at least usually Kazakh has [ʑ~ʒ] while Kyrgyz has [d͡ʒ~d͡ʑ], Kyrgyz /k/ can be allophonically voiced while Kazakh /k/ can't, Kyrgyz /ɯ/ can be as far back as a proper [ɯ] while Kazakh /ɯ/ can be a dead-central [ə] (Wikipedia insists it's even phonemically /ə/), and word-initial [w] occurs in Kazakh but not in Kyrgyz (except maybe in loanwords?), etc.

In some ways Kyrgyz is more aggressive-sounding and also cuter, though; more aggressive because it has "harder" plosives and the /r/ is trilled more, etc. but cuter because it has more rounded vowels and also long vowels, etc. In inflections, at least to my ears it sounds like Kazakh barely ever has rounding harmony, while Kyrgyz does (and maybe it's just an illusion, but I think sometimes the vowels on inflectional suffixes have more rounding than the root they're attached to).

Sometimes, though, none of that really seems to apply...

The recording does sound cute in some of the same ways that Kyrgyz sounds cute (and the super-trilled [r̝] at that one part is more Kyrgyz-esque than Kazakh-esque, but it sounds like that word is emphasised heavily for some reason so I don't know if that's really a pointer in any direction), so... hmm...
Top

Actually, maybe it could be Amdo Tibetan? I considered Tibetan the first time too but thought it couldn't possibly be since it doesn't sound tonal and because of the very Turkic-sounding part, but I just remembered that Amdo Tibetan lacks tones and for some reason sounds quite a lot like Kazakh. Compare the vocaroo to this short film on Youtube, for example. Sounds similar enough to be worth considering, at least to my ears? Or not?
Top

I listened to it again a few days ago, and now, I'm pretty sure it's Tagalog. I hear talaga 'really', ipag-, which is a pretty common prefix in Tagalog, and trabaho 'work' (loanword from Spanish).
Top

Are those languages even related? I mean Tagalog and the others you have considered?
2017 est l'année du

vijayjohn wrote:I listened to it again a few days ago, and now, I'm pretty sure it's Tagalog. I hear talaga 'really', ipag-, which is a pretty common prefix in Tagalog, and trabaho 'work' (loanword from Spanish).

Oh, cool, so Tagalog is a cute language? I'd never actually heard it before AFAIK, but if it is Tagalog, then it definitely is a cute language. Not that anyone cares about which languages I consider cute, but...

I can hear the talaga and trabaho, but not ipag- unless it's the [pɑŋ] that there is a few times in the first few seconds? Maybe I'm just imagining the nasalisation?

Anyway, I couldn't find anything about Tagalog having front rounded vowels even allophonically so I'm kind of confused, and watched three Tagalog-language videos on Youtube and it does sound really close otherwise but I didn't hear any front rounded vowels in any of them and it doesn't sound as cute and at least none of those videos had parts where it suddenly sounded Turkic for a moment.

Osias wrote:Are those languages even related? I mean Tagalog and the others you have considered?

Ironically(?), Tagalog is related to Indonesian and Malay and it's spoken in Southeast Asia, so if Vijay is right, then my first guess was kinda close... but it's definitely not related to the Turkic languages, at least not in any meaningful way (as in, maybe there was an Austro-Altaic that existed millennia ago or whatever, but even Ural-Altaic is a more popular theory and nobody believes it anymore except total crackpots like me, some crazy far-righters and probably like two communists (but tbh I think they're not mutually exclusive, within a larger Eurasiatic megafamily)).
Top

I think Vlürch usually ventures a Turkic language as a guess in this thread.

And if I don't have a better guess yet, I agree with him.

vijayjohn wrote:I think Vlürch usually ventures a Turkic language as a guess in this thread.

Although lately I haven't even been spending much time on Turkic languages anymore... ugh.

vijayjohn wrote:And if I don't have a better guess yet, I agree with him.

B-but why would you do that?

I'm starting to think I've completely lost the ability to tell languages apart based on short bits and pieces. Like, some time ago I was watching some film with my mum and it had some French in it. Internally, I was like "what the fuck language is this????" for like 15-20 seconds until it dawned on me that it was painfully obviously French... and French is probably the language I ever learned the second most of (after Spanish), so even though admittedly my listening comprehension was always awful, not even recognising French when it's one of the languages that literally everyone who doesn't even have any interest in languages can recognise? I should stop breathing tbh.

Oh well, could be worse. My mum literally can't tell apart Japanese and Mandarin no matter how many times I explain to her that they sound literally nothing alike and explain how they're different. And it's not just an extension of "all Asians are the same"-type of racism, since she doesn't have that type of racism and can (at least sometimes) tell Japanese and Chinese people apart based on appearance. So how she can't tell apart the languages, which are even more obviously different... well, it's totally bewildering.
Top

Thank you all for your ideas about the recording! Tagalog sounds like fair enough version.

Here is another recording. It's short and very distorted (which is usual for shortwave amateur recordings) but anyway, give it a try. https://vocaroo.com/i/s1bJChc2YJ2X
Top

Is there a language where /dyxt/ is a word?

Is there some particular reason why you're wondering? Did you hear these words in Indonesia at some point?