mōdgethanc wrote:Affrication of /tj/ and /dj/ in English is well-established in some words and doesn't bother me but I don't like when /tr, dr/ get affricated myself.

I don't recall hearing those affricates. Could you give me an example? The only time I understand affricated /tj/ is in costume

Britons are known for doing it a lot, like in "tune", "tube", "dew", "Tuesday", "schedule". In North American English we drop the /j/ in many of these words so they're just plain stops, but it's still there in some words like "schedule" or "educate", which have the affrication. If there is a rule, maybe it's that the /j/ is dropped if it's the first syllable of a word.

"Costume" is in fact one word where I don't affricate the /t/, but in other dialects they would I guess.

In North America? I would guess not often. Not sure about Britain or anywhere else though.

OldBoring wrote:That reminds me that in China English teachers consider it wrong when students do not affricate them.
Most people use the Mandarin sounds ch and zh.

This helped me learn to pronounce the retroflex sounds in Mandarin (and Slavic languages where they're pretty much the same).
Top 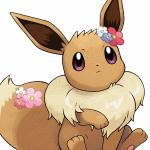 The word I'ma bugs me in two ways:

1. A lot of people spell it as Imma, which flat out looks wrong to me... Where's the apostrophe from "I'm"? Where the hECC did that extra M come from?

2. It feels pretty weird as a contraction for "I'm going to"... I mean, "going" was completely removed from the phrase. I think I'm'na (/ˈə.mə.nə/) is much better

The only place I accept it is in aight imma head out.

I'm with you on point #1 but on #2, that's how it's spelled because that's how it's pronounced. "I'm'na" is a perfectly good spelling but of a different pronunciation.
"Richmond is a real scholar; Owen just learns languages because he can't bear not to know what other people are saying."--Margaret Lattimore on her two sons
Top

linguoboy wrote:I'm with you on point #1 but on #2, that's how it's spelled because that's how it's pronounced. "I'm'na" is a perfectly good spelling but of a different pronunciation.

I'm talking about how I'ma sounds really weird as a contraction for it, because "going" was completely deleted from the phrase, while I'm'na still kind of has it in there.