Now that you’ve done all the research, you really should make the revisions!
"Richmond is a real scholar; Owen just learns languages because he can't bear not to know what other people are saying."--Margaret Lattimore on her two sons
Top 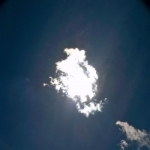 Thanks Linguoboy and Linguaphile, for anyone who is wondering about Angolan languages here is what Wikipedia says:
"Portuguese is the only official language of Angola, but 46 other languages are spoken in the country, mostly Bantu languages. Ethnologue considers six languages to benefit of an institutional status in Angola: Portuguese, Chokwe, Kikongo, Kimbundu, Oshiwambo and Umbundu."
"I am already against our next war." https://www.antiwar.com/
Top

Now that you’ve done all the research, you really should make the revisions!

You were referring to brother Linguaphile right?
"I am already against our next war." https://www.antiwar.com/
Top

Interestingly, rather than Irish getting it from Latin (which is what I usually assume when there are cognates between Irish and Portuguese), Latin got it from Proto-Celtic.

https://www.unrv.com/economy/tin.php
"I am already against our next war." https://www.antiwar.com/
Top

Feisty goes back to a Proto-Indo-European root for 'fart', and partridge possibly comes from the other PIE root for 'fart'. Feist in English went from meaning 'fart' to 'stink' to 'small, aggressive dog'.
Top

พิซซ่า, a Thai adaptation of the word "pizza", is slang for the crime of lèse majesté in Thailand. Section 112 is the part of the penal code which covers this crime and 1112 is the telephone number for a restaurant called The Pizza Company. (The Thai government has been known to apply this statute very draconianly so it doesn't surprise me that people would need a coded euphemism in order to avoid falling afoul of it.)
"Richmond is a real scholar; Owen just learns languages because he can't bear not to know what other people are saying."--Margaret Lattimore on her two sons
Top

I thought this was an interesting development: one of the common names of the bladder campion in Catalan seems to come from Latin cauliculum "little cabbage". However, instead of the expected development **colill, which you actually find in the standard language is colís and colitx.

These both have their roots in dialect forms. Catalan has a dialectal form of iotization affecting the Vulgar Latin medial clusters c'l, g'l, t'l, and ly (from prevocalic li and le). In Standard Catalan, these all yield /ʎ/, written ll. But in Balearic Catalan and an area of northeast Catalonia roughly coterminous with the Province of Girona, the outcome is /j/, which disappears next to /i/. So, for instance:

The form colís is etymologically plural, but because it wasn't recognised as such (since -í is rare in native words but -ís is a relatively common suffix), it was reanalysed as a singular and a new analogical plural colissos was created. (The name of the plant most often occurs in the plural.)

A similar thing happened to colitx, which derives from a dialectal plural form found in the speech of Tarragona. Here /ʎs/ was affricated to [ʧ] and fell together with /ʧ/ from other sources (mostly borrowings from Spanish and Italian). Once again, it was taken for a singular form and the new plural colitxos derived from it.

In other varieties, yet another type of reanalysis happened: The medial /l/ was dissimilated to /n/ under the influence of existing conill "rabbit". (The flowers, though small, are white and fluffy, reminiscent of rabbit fur.) So now in contemporary Catalan, the forms colissos, colitxos, and conills are all current (alone with a couple dozen other variants).

[*] Note that there is a parallel development in Castilian whereby these same clusters yielded Old Spanish /ʒ/ in contrast to the /ʎ/ arising from ll. So lentīcula > VL. lentic'la > OSp. lenteja vs punctillum > puntillo.
"Richmond is a real scholar; Owen just learns languages because he can't bear not to know what other people are saying."--Margaret Lattimore on her two sons
Top
Post Reply
188 posts